All about British golden chinchillas: a complete description of the breed

The first kitten of the British golden chinchilla appeared at the end of the 19th century. For about 70 years, the new color did not receive official recognition. This happened only in the middle of the 20th century.

Professional breeders could not get the golden color of wool right away. First, a silver-colored cat was brought out. She was named Shinny, her birthplace is Great Britain. Her coat was of several shades of gray, ranging from light at the skin to dark at the tips. 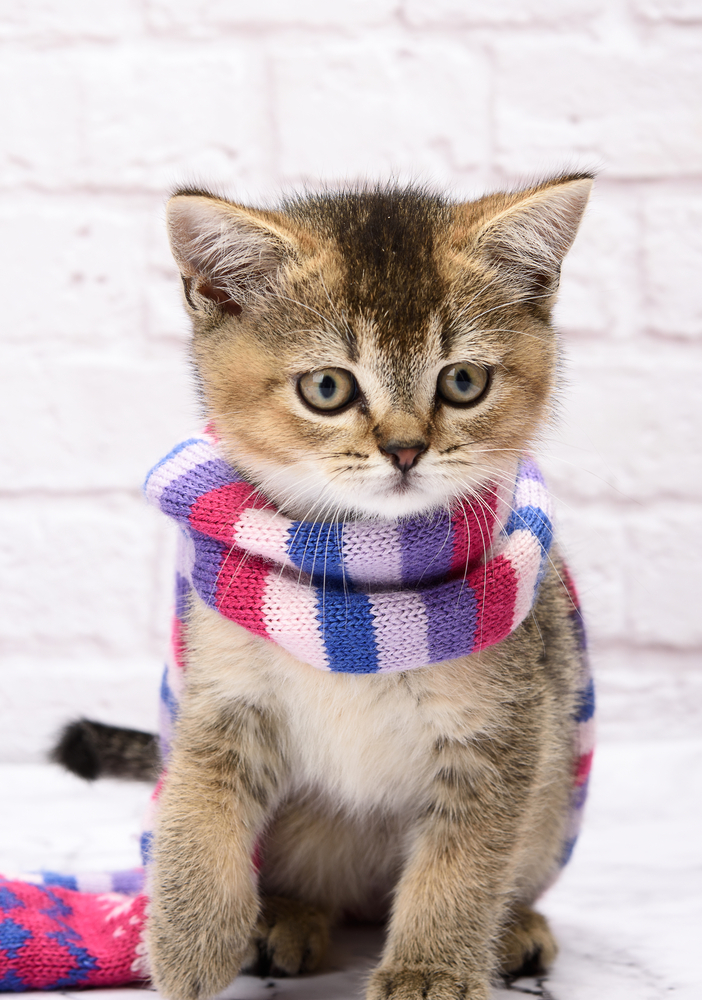 The golden kitten was bred as a result of crossing a Persian cat with a silver Briton. You can now find kittens with different shades of gold, as the shades differ depending on genetics.

Some believe that the British golden chinchilla existed in ancient Rome and is one of the oldest breeds.

Breed standard – dark hair ends and golden undercoat without adding gray tints. At the same time, certain color ratios are observed: the dark part should occupy 12% -13%, or 1/8, of the length of the hairs.

Striped color is allowed if 50% of the wool is dyed gold, and shaded if only 33%.

The eyes are saturated green or blue-green. Other colors are considered as deviations from the standard. The eyes stand out strongly: they are large and shiny. The pupil is small.

Dark hair is present around the nose, lips and eyelids. It follows lines along the edges of the listed body parts. The inside of the ear has a light pink tint, and the pads on the paws are represented by soft skin of black or dark brown color.

The first three letters in the sequence indicate the breed, the fourth is the color of the tips of the coat, the fifth is the main color. The first number is the drawing code, and the second is the eye color.

British chinchillas are quite massive and have a lot of muscle mass. They are distinguished by a large skull that resembles an ellipse in shape. They also have large cheeks.

The ears are small and far apart. They are always in a standing position. The tips are rounded.

The nose, unlike the eyes, is small. It is flat, pinkish or light brown.

Feet are short and wide. There is some hair between the toes.

The tail corresponds to the size of the cat. It is quite large and wide. At the hip joint, it runs smoothly, followed by a slight upward bend.

The structure of the coat is dense, especially on the ears. It is always raised up, its length is short.

The female weighs about 5-6 kilograms, the male – 6-7 kilograms. The appearance is finally formed by the age of 3.

The British Golden Chinchilla is great for homestays. She will find a common language with everyone. As soon as a cat gets into a new family, she begins to study its members. She recognizes only one person as the owner, she will listen to him and will take care of him most of all.

She treats the rest of the family in a completely different way. If you show aggression, then the pet will begin to scratch. If you show love and affection, then in return the cat will give the same.

This is a very intelligent animal. It senses the emotions and feelings of people and transfers them to itself. If a person is sad, the cat will also be sad. She will try to comfort the person by snuggling up to him and meowing.

You cannot show excessive tenderness to the cat, this can provoke aggression and greatly worsen the pet’s attitude to the person. He needs personal space, so you should leave him to play alone or just be alone, but not for too long. 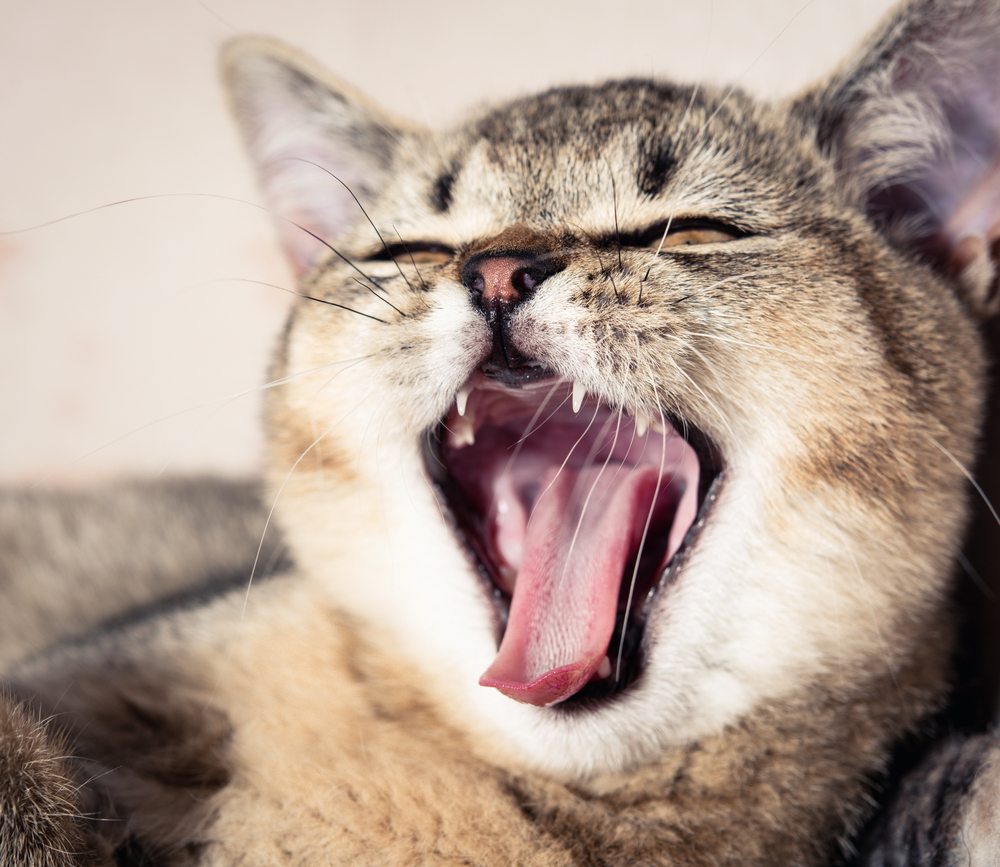 Hygiene procedures are standard, but you need to take into account the characteristics of the coat.

It is recommended to wash your cat every 2 weeks. If you do this less often, tangles and lumps will appear.

The claws must be trimmed with the same frequency. Despite the presence of a scratching post, they grow back very quickly. Use professional nail clippers or go to a veterinarian to trim nails.

Eyes should be cleaned with a dry cotton swab once a day. Ears require less maintenance – it is enough to gently wipe them once a month with a damp cotton pad.

From childhood, it is necessary to teach a cat to brush its teeth. The procedure should be performed daily.

It is necessary to equip the cat with its own place. There must be a litter, a scratching post, a large number of toys, bowls of water and food, combs and shampoo.

British cats need a lot of space and should not be locked in a room even when leaving the house. They love to walk outside, so it is recommended that you buy a leash and walk your pet around the house every day.

It is recommended to feed the British chinchilla with natural products. Every day, your pet needs to eat finely chopped chicken, turkey or rabbit meat. These meats have a reduced percentage of fat, which can harm your cat’s health.

You can give marine species of fish, also boiled. However, a cat can use it no more than 2 times a week.

With the same frequency, you can feed the British woman with low-fat types of cottage cheese, kefir and cottage cheese without any additives.

Of cereals, buckwheat is best absorbed by cats, however, it should not be abused either. It can be given 2-3 times weekly.

British cats love quail eggs. Pets can do them, but no more than 3 times a week.

Bone meal is best used as a dietary supplement. It contains large amounts of calcium, vitamins, minerals and other substances. Unground bones are strictly prohibited.

It is recommended to purchase vitamins. With their lack, avitominosis occurs. It can be easily identified by deteriorating coat quality and decreased activity.

Also, everything sweet belongs to prohibited products. A large amount of sugar will lead to diabetes, kidney and liver disease.

Do not feed cats smoked, salted and other foods that contain spices.

Cow’s milk is also harmful to the feline body. It contains elements and substances that cats cannot absorb.

Most of the diseases are hereditary and difficult to cure or incurable, so before buying a pet, you must carefully study its pedigree.

Hereditary diseases include diseases of the eyes, heart and kidneys.

Of the eye diseases, retinal atrophy is most common. It cannot be cured, and the main symptoms are large pupils, blurred vision at night, and increased glitter in the eyes. In the last stages, the animal loses its sight.

Hypertrophic cardiopathy is more difficult to identify. Its symptoms are often considered separate diseases: heart failure and blockage of blood vessels. The only diagnostic method is ultrasound.

Launched polycystic kidney disease is not treated. It is difficult to detect in the early stages, but cysts can be removed with surgery. If it is impossible to carry out an operation, diet and medications are prescribed. Large cysts are easy to detect by palpation, as well as pain that occurs during play and caresses.