British golden chinchilla – a cat with a special character

Any breed has its own set of “feline” qualities. The British are no exception. In addition, this is one of the breeds that boasts unique personality traits and an innate talent to charm at first sight. If British cats in general won the love of the whole world with their chic appearance and aristocratic manners, then golden chinchillas simply cause hypnotic affection.

Beauty combined with an intelligent and comfortable disposition characterizes the representatives of this breed as ideal pets. British golden chinchillas are docile and affectionate animals. They get used to the house, owners, children, and other pets. Their innate intelligence and worldly “feline wisdom” make it possible to find an approach to everyone who lives with them in the same territory.

The British are peaceful creatures, respect and understand their surroundings, and expect the same mutual good attitude. They declare their desires and needs politely, unobtrusively with their inherent English dignity. They do not allow themselves to jump on the table, scratch furniture, ruin carpets or floor coverings, do not have the habit of throwing interior items on the floor.

Living in the same territory with British cats is a pleasure. They are created for real aesthetes and connoisseurs of elite animals. British golden chinchillas can be admired endlessly, and it is pleasant and comfortable to be with them.

The original purr is a kind of visiting card of British chinchillas. Conducting sincere “cat conversations” with the owner is one of the favorite activities of these amazing pets and an unusually touching sight. British purrs are convinced that they let a person into their lives not only to feed them, stroke them, comb them, look after them, but also for heart-to-heart conversations.

They share with their master the most intimate, what they consider important in their life. With their indescribable purr, they seem to “say” to their man: “Look how skillfully I hunt for flies and midges; look at the bird outside the window; you see, a butterfly sat on a flower in the garden; but how do you like those specks of dust in the rays of light. ”

“Talking” is the weakness of British golden chinchillas. They skillfully select intonation and have a rich supply of purring sounds. Their communication is intuitive. By the emotional color of the voice, the owner unmistakably guesses the mood of the pet.

The British are usually in a good and balanced frame of mind. It’s almost impossible to piss them off. They are too wise, independent and self-sufficient for this. If they do not like the company of unfamiliar people or they are crushed by children, then they will not show their displeasure – hissing, scratching, biting. 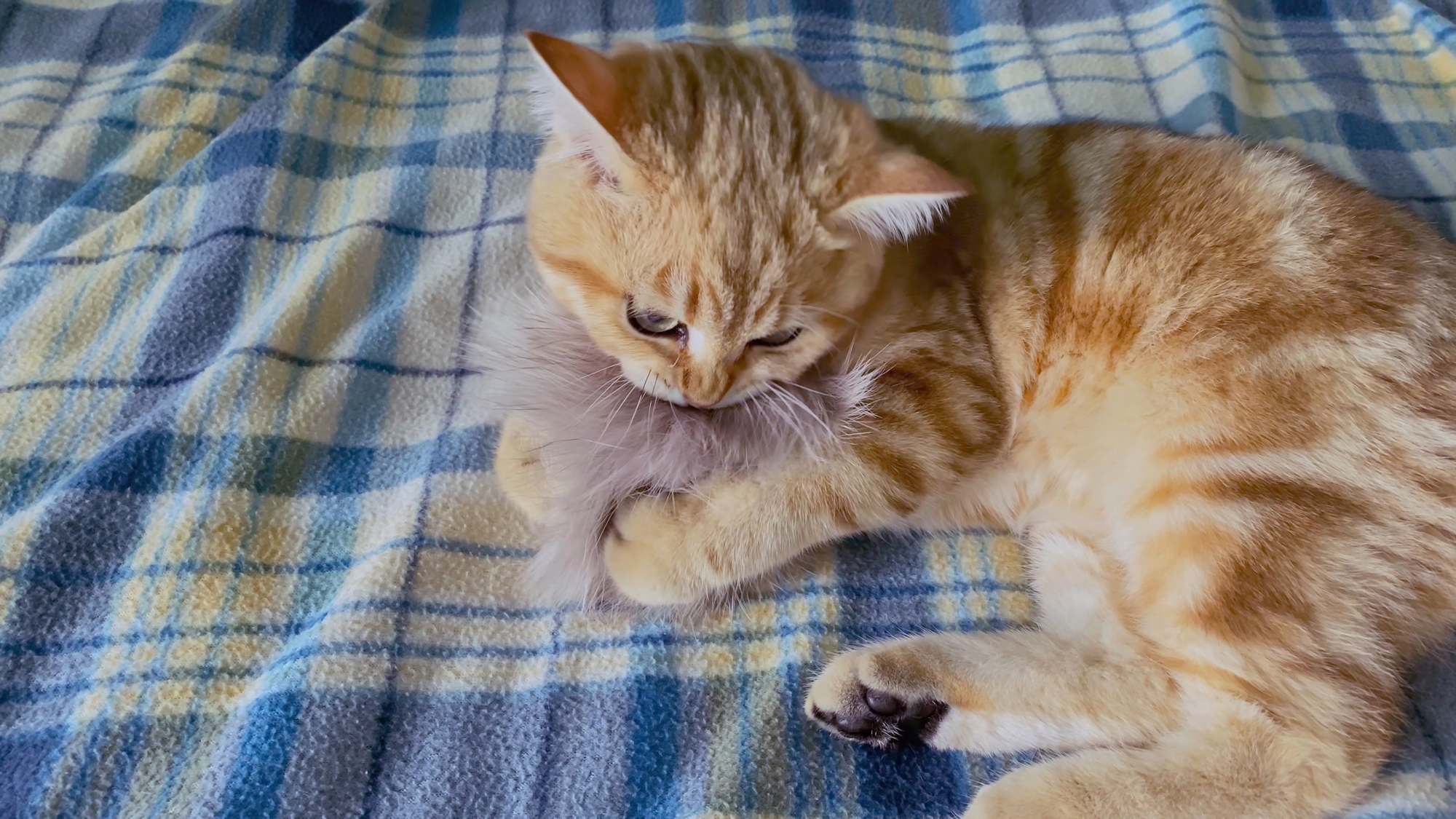 They will retire to one of their cat abodes with a proud gait with an air of infringed self-esteem: bask in the sun by the window, luxuriate in a comfortable chair, hide from the bustle of the outside world in their house of the game complex, etc. The British are not vindictive and not vindictive.

Having pulled back a little and philosophically rethought, as they believe, the wrong behavior on the part of a person, they will again return to the society of the owners. At the same time, they can, in their feline language, tell loving owners what caused their discontent and solitude.

In general, the British get along well with children if they teach the kids to respect and not offend the cat. The owners are devoted with all their feline soul. They calmly endure loneliness when the owners are forced to go away on their own business. The owners who returned home are greeted with joy and good nature, they try not to bother them.

British cats never fuss, they don’t knock people down. Even if they are very hungry, they will patiently wait at their bowl for the owner to feed. They eat neatly, pieces are not dragged across different rooms.

Golden chinchillas get along well with other pets. They get along with domestic tropical birds, decorative rodents, and master dogs. There may be disagreements with representatives of the feline family at first, while they divide the territory and attention of the owner.

British cats have a calm disposition. They don’t need to be too active. But at the same time, he is not averse to running around with his brothers or other pets, playing with children, walking along the street with the owner. British chinchillas are so sedate and reasonable that they can be taken out for a walk on a leash, they will not run away. An exception can be made only if something is very frightening to them.

The British are moderately silent. They will not meow uselessly with or without reason. Their communication with the owners is meaningful. If they started a “conversation”, then you can understand what they want to explain to the person. 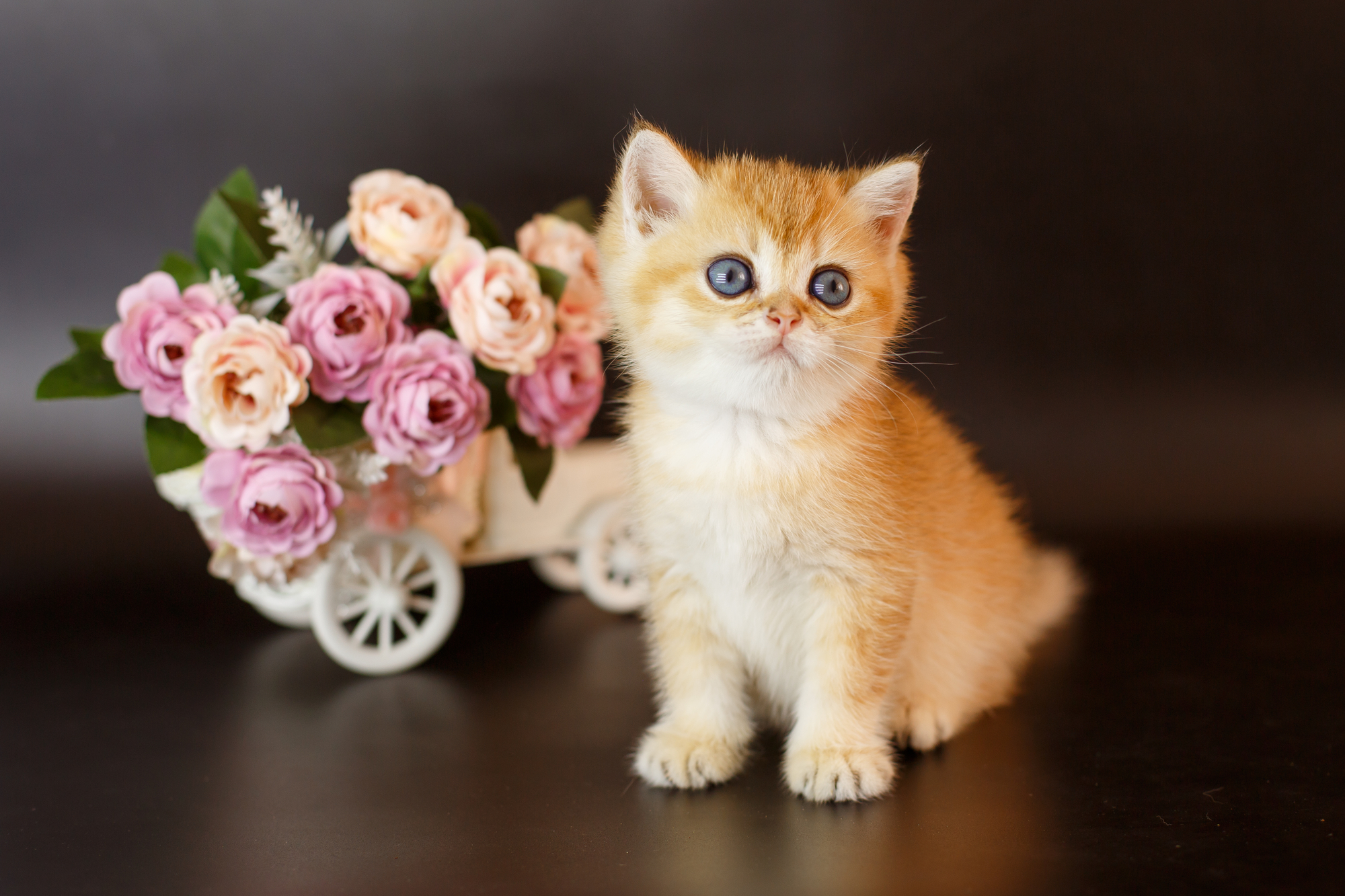 The self-sufficiency of British golden chinchillas is expressed in the fact that they value and protect their personal space very much. They do not like to be invaded, do not show due respect for their person, do not take into account their feline lifestyle. But if you understand their needs and treat them with respect and love, then they will respond in kind, be affectionate and loyal.

The noble origin of the British golden chinchilla is expressed not only in its appearance and habits, but also in its neatness and cleanliness. British cats quickly and easily get accustomed to the toilet. They go strictly to the tray, but they like it to be kept clean. They will not go into dirty, many times used filler.

British golden chinchillas carefully look after their fur, as if guessing how luxurious it is and that it is their property. Bathing is viewed positively, unlike most other feline breeds.

It is better to teach all the useful habits of a British golden chinchilla kitten from a young age. Their appearance, physique and character are formed up to 3 years old, it is more difficult to retrain. What a fluffy baby gets used to from childhood, he will carry through his whole life.

For this reason, it is important to buy British Golden Chinchilla kittens from professional breeders. They instill in the offspring the best qualities of the breed, monitor good nutrition and proper development, and regularly examine veterinarians to exclude pathologies.