The choice of a pet will have to be made once, and then live with him in a common area for 15-20 years. For this reason, this event should be taken seriously and responsibly. Especially when there is a desire to buy a British golden chinchilla. The variety is very rare, valuable and therefore expensive. What you need to know about the British chinchilla as a potential owner?

How to choose a golden British chinchilla

You can buy a purebred British golden chinchilla kitten in the cattery or from a professional breeder. You can understand that a breeder is reliable by the fact when he is breeding a specific breed, and not several. If he breeds different breeds of cats, then it is hardly possible to acquire a purebred animal there.

The British golden chinchilla is a very rare cat. Before buying a kitten, you should carefully study the information about the breed standards. When a person decides to purchase an expensive thoroughbred pet, it is better not to save money and not mess with dubious breeders. There is no point in risking the principal for a small discount.

After studying the standards, it is necessary to check the parents for meeting all the criteria. In the nursery or professional breeders will show the veterinary passports of the male and female from which the offspring originated. It will be possible to get acquainted with the pedigree, compliance with standards, make sure that there are no defects and hereditary pathologies.

Professional breeders will usually be able to provide information on the pedigree of the purchased British kitten over several generations. For a golden chinchilla, this is extremely important because of the rare color of the fur coat. The future owner will be able to make sure that the birth of his chosen pedigree kitten is not a coincidence, but he was born as a result of high-quality breeding work.

A serious approach to choosing a kitten is especially important if a show career is planned for him. Every detail counts for participation in exhibitions, flawless compliance with standards.

The British golden chinchilla is a magnificent cat, mesmerizing with its luxurious color, gracefulness and nobility of posture. At first glance, she conquers with beauty. But if future owners are determined to purchase a British chinchilla kitten that meets all the criteria, then they need to familiarize themselves with the signs of the breed. 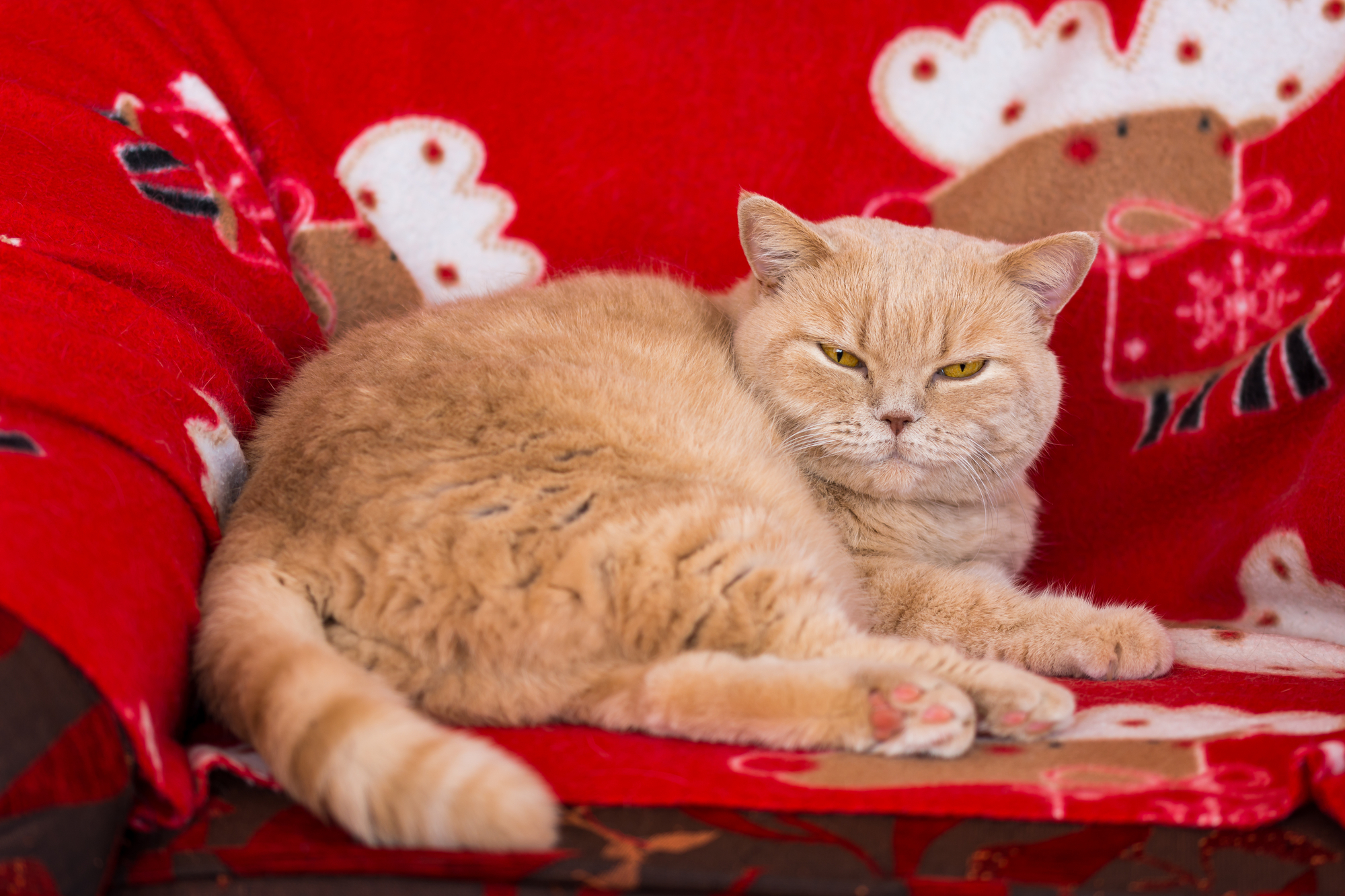 The coat color of the British chinchilla ranges from light apricot to rich gold. Tipping is present on the guard hairs. A more saturated color is observed on the central part of the back, on the sides, on the tail. The belly, chest and chin have lighter golden hues. The color of the mirror of the nose and pads on the legs matches the shade of the tips of the hairs.

Rules for keeping a golden chinchilla

Features of wool and combing

Molting in British shorthaired golden chinchillas is almost imperceptible, provided that their owners comb them out regularly. The procedure is performed 1-2 times a week. The coat of golden British chinchillas includes guard hair and undercoat. Such a multi-level cover needs careful maintenance. For combing, use a special brush or comb with fine teeth.

British cats are very clean, they take care of their luxurious plush coat on their own. Therefore, the water procedures of British golden chinchillas are carried out 1 time in 3 months. You can bathe more often if necessary. Special shampoos and softening conditioners are used.

Examined about 2 times a month. Clean the ears of a British chinchilla with a cotton swab or swab. For disinfection, you can use a special solution purchased from a pet store.

British chinchillas tend to have profuse lacrimation. This is not a pathology, but a congenital feature of the representatives of the feline family of this breed. Lachrymation is due to the special structure of the animal’s lacrimal tubules.

The organs of vision of the golden chinchilla should be examined regularly. As needed, they are wiped with a cotton pad (each eye is separate). You can moisten it with a solution of boric acid, chlorhexidine, boiled water.

British chinchilla claws are trimmed every 2-3 weeks. Special claws are used for this. The tips are trimmed 3 mm to avoid damaging the blood vessels. For self-removal of stratum corneum and meeting the need to sharpen claws.

Hygiene procedures are carried out once a week. The teeth of the British chinchilla are cleaned with a special brush and toothpaste, which is not washed off.

British golden chinchillas are fed industrial feed or organic food. Veterinarians do not recommend mixing these two types of food, due to the fact that when they are assimilated by the animal’s body, two different groups of enzymes are produced.

Dry food for British golden chinchillas is bought super premium or premium. You can opt for one of the dry food brands specifically designed for British breeds and tailored to their needs.

The British Golden Chinchilla’s natural diet should consist primarily of lean, raw meat. It is thoroughly frozen (at least 24 hours), twisted in a meat grinder or finely chopped and given to the pet raw. You can pre-pour boiling water over it several times.

Boiled meat can be cooked with cereals (buckwheat, rice, oatmeal). By-products are given only boiled or steamed. Representatives of the feline family are allowed to eat fish exclusively from the sea.

Be sure to include vegetables in the natural diet, except for nightshades. Egg yolks are allowed twice a week. Low-fat fermented milk products can be present in the diet every day.

It is strictly forbidden to treat your pet to smoked, salty, spicy food. Raw milk is contraindicated in cats. Products must not contain artificial colors or flavor enhancers.

The diet of British golden chinchillas should be balanced. If the pet prefers natural food, vitamin complexes should be added. There should always be drinking water near the bowl of food. Change the water daily. 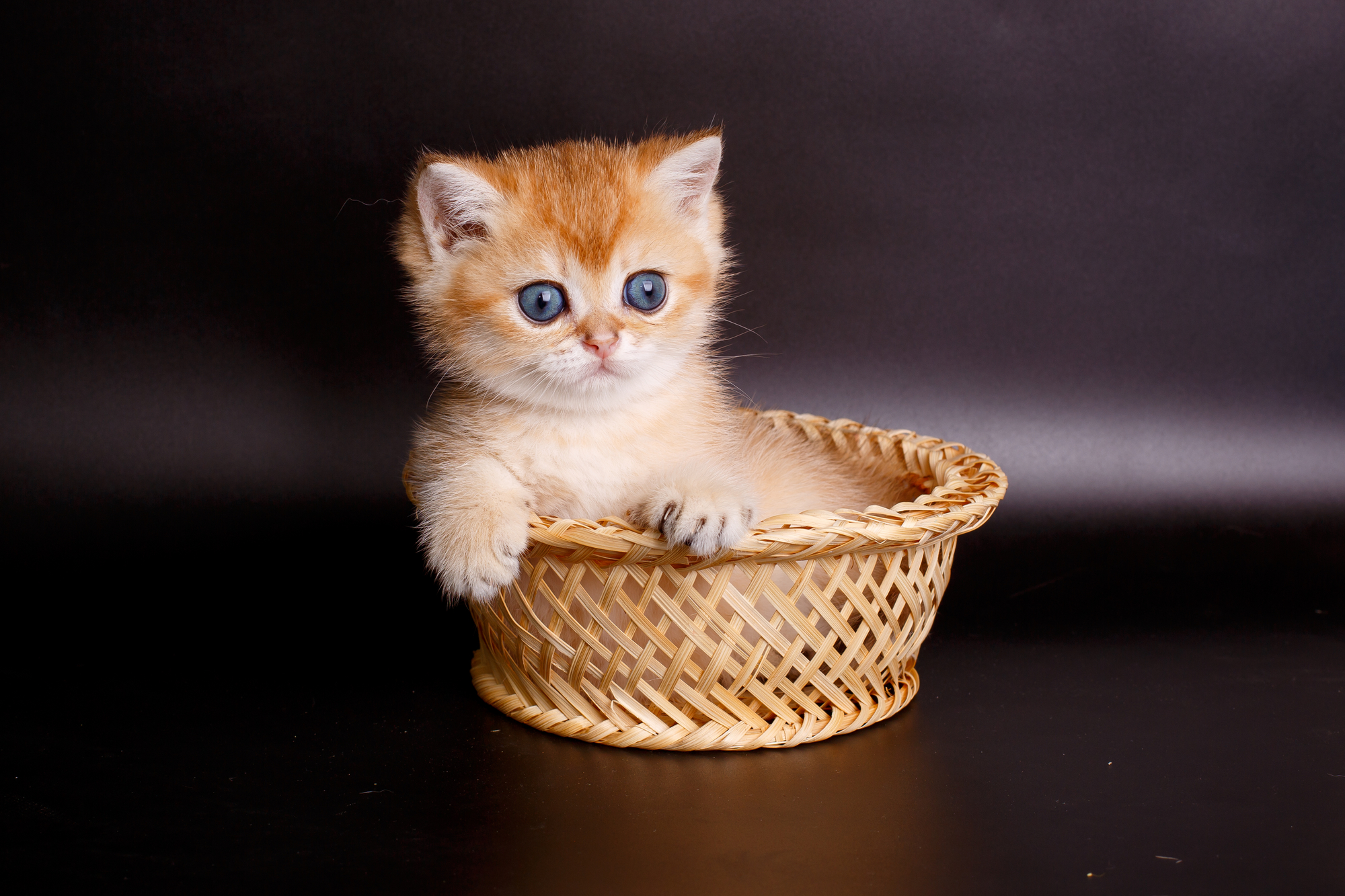 How many times a day to feed the cat

Kittens eat up to 6 times a day in small portions. The number of feedings is reduced gradually as the animal grows. Six meals a day is brought up to 2-3 times a day when the British chinchilla reaches the age of one year.

The British are prone to overeating and subsequent obesity. Representatives of this breed do not know the measure in food. You need to know the feeding rates and accurately measure the dose. The amount of dry food is measured according to the table on the package.

The amount of natural food is calculated based on the weight and activity of the pet. The portions of natural food should also be appropriate for the age and the ratio of BJU (protein / fat / carbohydrate). Leftover food leftovers are immediately removed from the bowl.

The British golden chinchilla should be walked on a leash. For long walks, a harness may be better suited. The device provides freedom of movement for the pet. Before walking, the British cat must be treated with special veterinary agents from all types of ectoparasites.

British chinchilla visits the tray flawlessly if she has been accustomed to it since childhood. Since the animals are quite impressive in size, the tray must be spacious and stable. You can use any filler that your pet likes.

Conscientious breeders transfer British kittens into the hands of new owners no earlier than 3 months. During this time, babies are taught to use the tray, eat independently, use a scratching post and other useful skills.