British golden chinchilla – the reason for its popularity

The appearance, color of the plush beauty, manners, habits, everything speaks of the special origin of the British golden chinchilla. Cat lovers appreciate not only the attractiveness, but also the complaisant disposition of the pet. British cats bring comfort to the house, they are loyal companions to their owners. British golden chinchillas are popular due to their royal appearance, noble golden color and their unique character traits.

Origin story and description of the British golden chinchilla

The British chinchilla was bred artificially. The new breed was obtained by crossing the British Clouded and Persian cats. At the beginning of the breeding work, pets with a silver fur coat appeared. After several matings, a new color of the British cat was obtained – a golden chinchilla.

The British chinchilla ranks second after the Maine Coon in the weight category. Females weigh from 3.5 to 7 kg, males from 4 to 8 kg. The weight of spayed felines can reach up to 10 kilograms.

The coat of the British golden chinchilla resembles a polar fox coat. The color of the fur is light peach or cream, reddish. At the end of the hair, the shade becomes darker, or turns into a bright smoky. Ears, trunk and tail are usually more intensely colored. 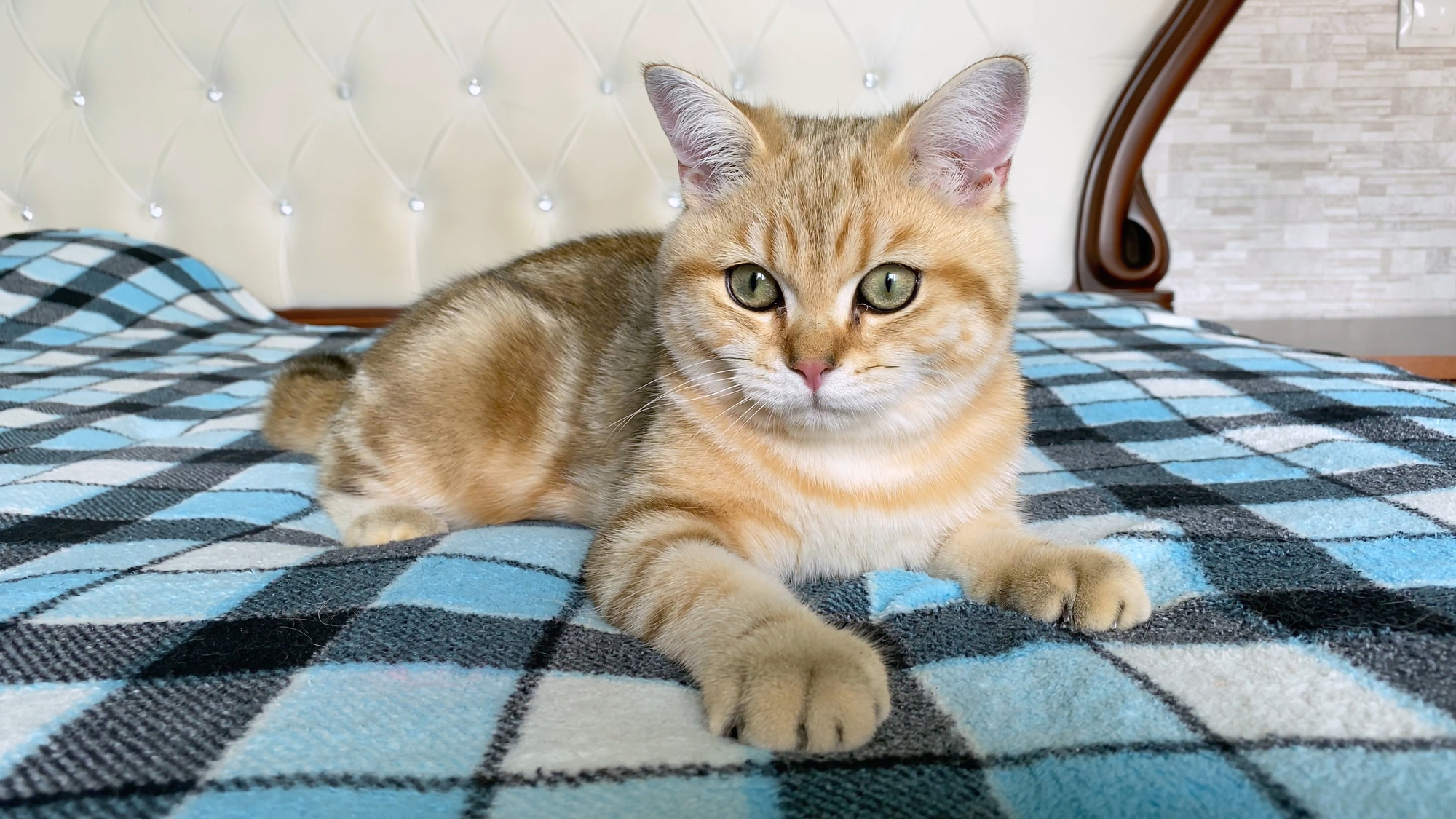 Wool comes in two varieties: ticked or shaded. The ticked representative of the feline family is evenly covered with alternating stripes: smooth transitions of dark and light shades. On the middle part of the back, the ticking is more pronounced. The shaded coat of the British chinchilla is 1/3 darker than the main shade. A rich shaded transition to the breast and tummy is possible, the tip of the tail is black.

Features of the character of the British chinchilla

Communication with households and other pets

British chinchillas are an interior decoration. But making a plush toy out of them is impossible. The British have character. They make it clear with all their appearance what kind of treatment they allow and what not. The British do not show aggression, unlike other purebred cats, for example, Scottish, Siamese and others.

Chinchilla cats are not enthusiastic, but condescendingly accept forced hugs and emotional lisps. They do not really like the increased attention to their person, but they endure the clutches from children and loving adults stoically.

British chinchillas get along with the master’s children better than with the children who may come to visit. Rarely do guests, visiting a house for the first time and seeing such a beautiful cat, can restrain their emotions and the desire to cuddle her or at least touch her chic plush coat. The British are tolerant of such expressions of tenderness and increased attention.

They stoically endure children’s pranks and will not allow themselves to use their main protective weapon – claws and teeth. At the first opportunity presented themselves, they will definitely try to gradually retire to a safe place. But this does not look like an escape, they go into the inaccessible zone without fuss, with a proud bearing and with inherent natural intelligence.

Despite the wisdom and patience of British cats, you can still offend them. Better not to allow them to be roughly treated. They are able to move away for some time and lie in a secluded place with an air of offended innocence.

Attitude towards the owner

British chinchillas are unobtrusive and do not require special attention. They are independent and calmly endure the short absence of the owner. Chinchilla cats will not meow hysterically when trying to mischief or manipulate their owner. The original and completely meaningful sounds that the British make, depending on the situation, are easy to interpret.

They welcome the owner from work with pleasure, surround him with warm attention. In their own language, like a cat, they are trying to tell the long-awaited owner about how the day went and what happened at home in his absence.

The British do not accept absolutely any violence against their own person. Fear and threats to force them to do something will not work. They will pull back, but do it their own way. Love for freedom and stubbornness is in their blood. But they lend themselves to training, you can build harmonious relationships with them. Convincing them to act in a certain way can only be done with calm and courteous treatment. 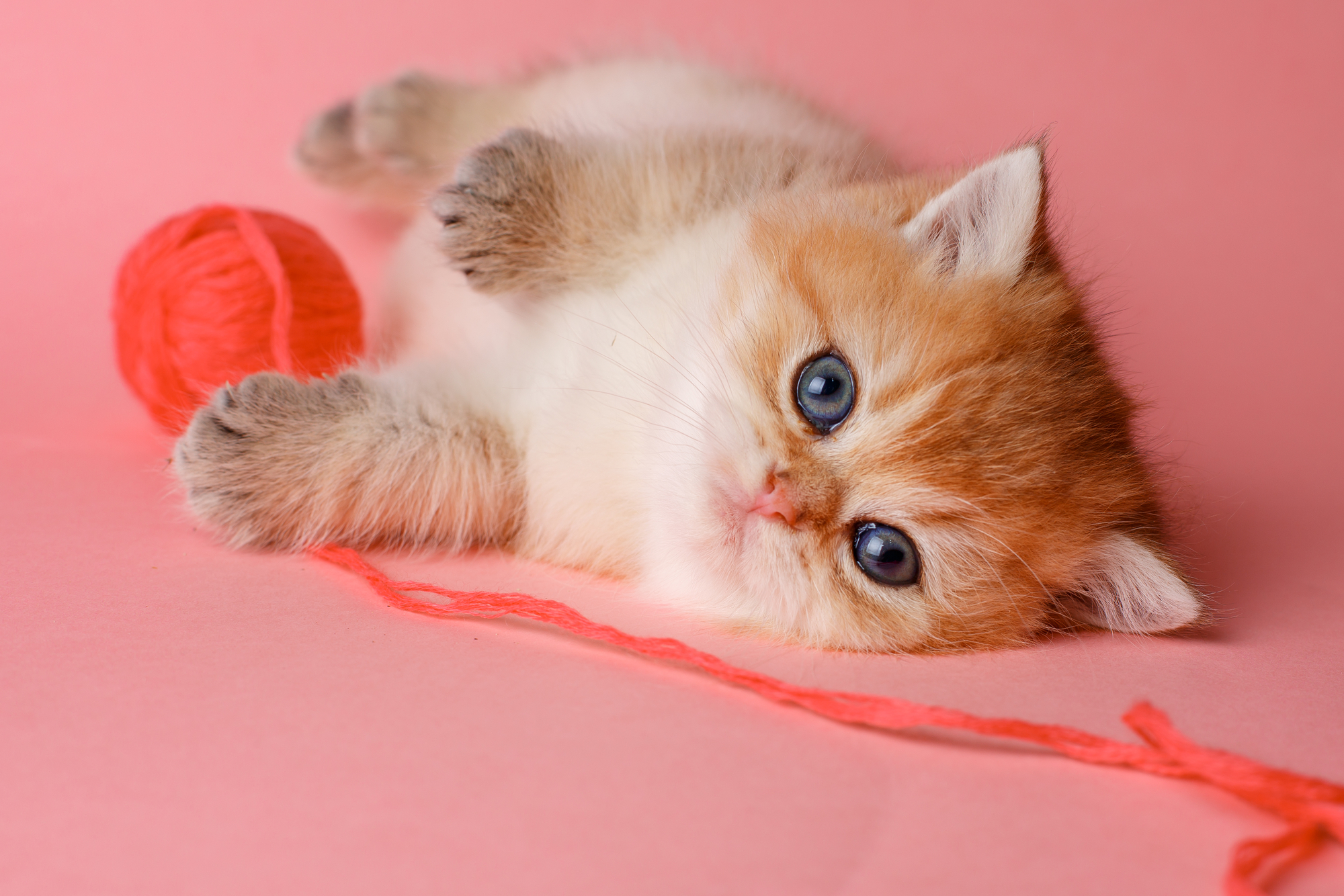 Chinchillas have a high level of awareness among the felines. Their inquisitive mind perceives training by repeating the same actions that the owner wants to teach his pet.

British golden chinchillas are very neat, they get used to order in the house very quickly and strictly adhere to the basics mastered in childhood all their lives. Therefore, it is important to teach them from infancy to the tray, proper nutrition, hygiene procedures and other necessary manipulations, and they will forever remember how to do it right.

If they have constant access to the tray, they will be satisfied with the structure of the toilet and filler, then they will not shit and dirty. After all, this is not inherent in the English aristocrats. And British chinchillas are trying to live up to their elite origins.

British golden chinchillas love to soak up the soft couch or curl up on their own couch. This is their favorite pastime. With age, they become more calm and phlegmatic. Although in childhood, kittens can happily dangle after a ball or play with a variety of cat toys for a long time.

Advantages of cats with a golden color of the British breed

With all their appearance, sedate and slightly relaxed, golden chinchillas demonstrate a regal origin. Vanity is alien to them, they move slowly, they do all their cat affairs in detail: they imposingly wash and lick their fur.

The proud British upbringing seems to be in the blood. A golden chinchilla will never beg for food from the table. Even if a pet of this breed is experiencing a strong feeling of hunger, he will patiently wait at his own bowl for the owner to feed him.