Purebred British golden chinchillas are very rare. Most often they are born with marriage, in connection with which they are considered mestizos.

Most of the deviations are related to the appearance of the cat. There are individuals with silvery spots, yellow eyes, too large areas of dark hair ends. Any deviation will disqualify the cat from participation in exhibitions and does not allow to call it a purebred. 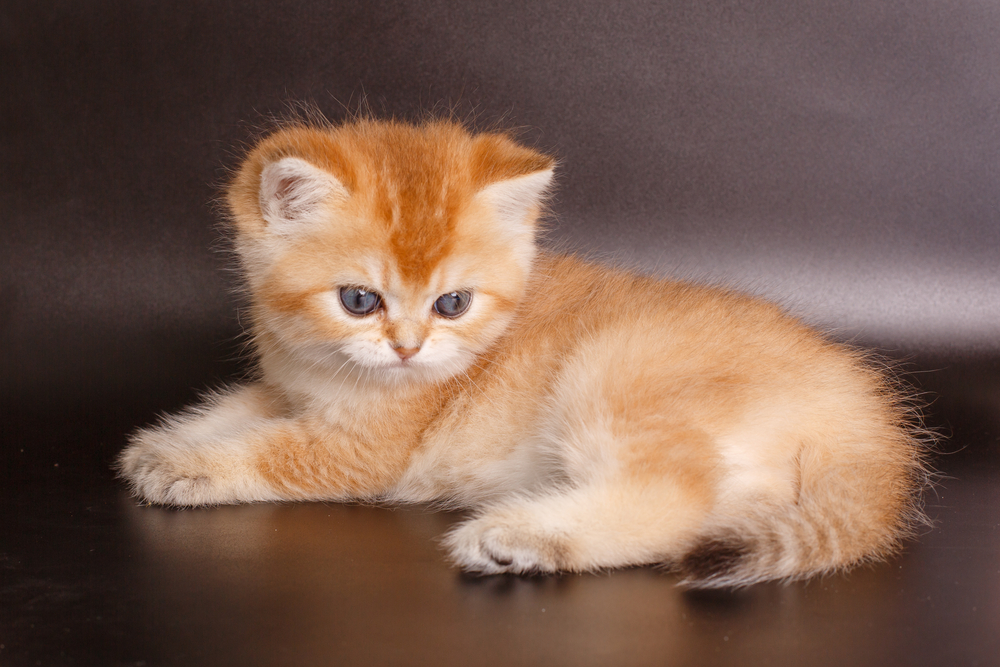 The color of the fur of these chinchillas is golden or peach, which is clear from the name of the breed.

The coat is fluffy and soft and has 2 shades: gold and dark.

Veiled color is meant when the hair of the cat is colored 1/8 of the length with a black or dark blue tint.

In this case, the transition from one color to another is gradual and creates a beautiful effect that can be seen better if you look closely.

If the hairs of the fur are colored in darker shades in the amount of one third of the length, the effect is called shaded, it is noticeably better due to the wider spread of the color.

If there is a Persian cat among the parents of the British golden chinchilla, then there is a fairly high probability that the fur will be long.

Golden chinchillas meet the standard set for all British cats. Their cheeks are well defined, the skull is wide, the ears are not very large and are slightly curled at the ends.

The eyes of representatives with golden fur are most often green. However, there are cases when the color of the iris is blue or even yellow-brown.

The lining of the lips, eyelids and nose is dark in color, usually corresponding to the color that persists along the length of the hair.

The tip of the nose of the golden British chinchilla is light pink, and the cat’s whiskers are light and long.

The body of the cat is muscular and well developed, the legs are not very long, but despite this they are strong, the tail is fluffy.

The weight of the British golden chinchilla differs by gender. Males can weigh 5 to 8 kg, while females can weigh 3 to 4 kg. The body size of chinchillas is not very large, which is typical for all British cats. They grow until the age of 3 years, after which they reach maturity and no longer grow in size. 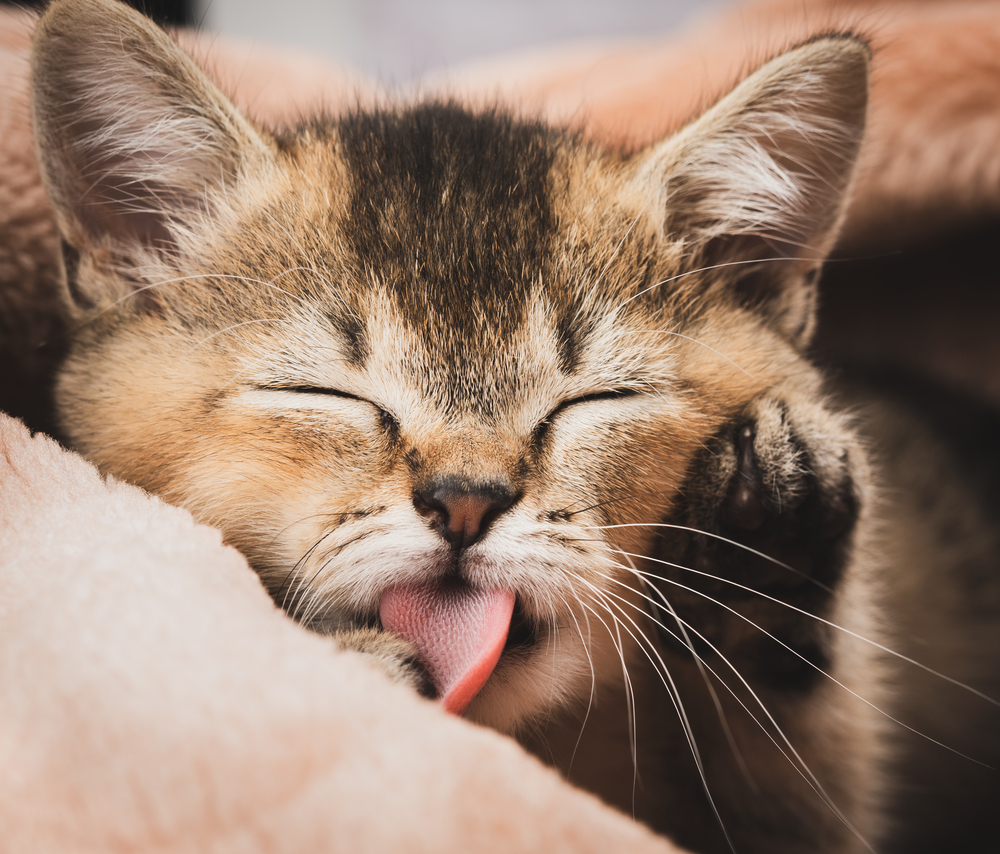 British chinchillas are ideal and are especially fond of families with children of all ages. This is due to the fact that cats of this breed are kind, do not show aggressiveness, do not tend to scratch, bite and harm others.

Their temperament is very calm and quiet. They can be left on their own if necessary, because they are not destructive and will not damage things in the house. At the same time, you cannot leave the British woman locked up in one room, since she needs space.

Chinchillas do not tend to suffer from loneliness and do not get bored. These cats are smart and will always find the right thing to do. These pets are not noisy. If they need to attract the attention of their owners, they prefer to look at them for a long time, thereby creating eye contact.

These cats feel special affection and trust for people, although they are not always able to show it, and in relations with other animals in the house they are kind and friendly. However, there are exceptions. British chinchillas do not get along well with cats of other breeds, but they always get along with their relatives and all other animals.

If the chinchilla feels discomfort, she will prefer to get away from the circumstances that bother her, and in the future she will avoid them.

This cat breed also exhibits friendly and welcoming behavior towards children of all ages. Nevertheless, the child should be taught in advance to handle the animal correctly.

The chinchilla is easy to train and quickly learns the instructions and commands of the owners.

Genetics is what greatly influences a cat’s appearance and character.

Genes directly affect the health of the pet, since any pathology that existed in the family of close or distant relatives of a cat can be passed on to descendants.

The color of the fur is influenced by certain specific components:
1. Melanin, which is produced in varying amounts, is responsible for the partial coloration of the cat’s coat and produces a shaded or veiled effect.
2. Genes from Tabbi cats, which have long been used in the breeding process to produce the British chinchilla, can influence and cause visual defects in fur, such as patterns or prints.
3. Erizer is a substance that forms the color of the undercoat. It is he who influences the light, usually white or cream shade.

Because of this, other cat breeds, for example, Persian, were adopted as the basis for creating new generations.

To obtain a golden chinchilla color, there are 3 ways:
1. Crossing of two silver chinchillas, which carry the genes responsible for dyeing the fur in peach or gold color.
2. Breeding between 2 cats that have golden fur.
3. Crossbreeding of a cat with a fur of a noble metal color with a cat of silver-gray color, but which carries the genes responsible for coloring in a golden hue.

The color of the iris also depends on the color of the eyes of the pedigree, so if the ancestors of the chinchilla have green eyes, then the offspring will have this shade.

Deviations from standards and their consequences

Since the emergence of this breed and until now, any visual defect of the cat can lead to the fact that it is not recognized as a member of the breed and the title will be stripped.

Unfortunately, these deviations are not always preventable.

Anomalies can spread over the entire surface of the golden chinchilla’s body.

Most often, due to genetics, the color and appearance of a cat’s fur suffers. Deviation from standard occurs when gold is mixed with shades of gray or is spotted. White patches can also be located on a cat’s face, and in some cases, they also affect the tail. Since the acceptable fur color should be golden and light undercoat, all other prints and colors are considered defects.

To the surprise of specialists involved in the creation of new generations of British chinchillas, even 2 parents with golden fur can have offspring with deviations from the norm. This is due to genes that do not always appear in parents or older generations, but may dominate in offspring.

In order to avoid the birth of cats that do not meet standards, it is recommended to carefully study the close and distant relatives of chinchillas. Almost all inherited diseases cannot be cured. If they are identified in time, you can extend the life of the pet, but it is unlikely that it will be completely cured.