Cats are loved for their soft, affectionate nature, cheerful disposition. These cute pets are able to fill the house with love and warmth. But not every feline has a comfortable disposition. British cats are the perfect choice when it comes to docile, sweet, cozy temperaments. In addition to a soft and intelligent disposition, golden chinchillas can also boast of a magnificent appearance.

Ancestors of the golden-colored British chinchilla

The ancestors of the golden chinchilla are British smoky and Persian cats. The first kittens were conceived by accident. No one could have guessed how beautiful the babies of the parents of two different breeds would be. The kittens were born golden in color with plush quality and a light haze like the British.

The breeders really liked the look. They decided to continue working on a new type of color in kittens, to bring it to perfection. Breeders fought for every characteristic of the breed: golden color, tipping of the coat (shading or veiling), emerald eye color and other features of the breed.

British chinchilla bred in the UK, approved in 1880 by the Cat Fanciers’ Association (CFA) is a member of the World Felinological Congress. One of the first famous cats was Silver Lambkin. The official recognition of the golden chinchilla made it possible to take part in exhibitions.

British cats instantly attracted attention. Princess Victoria and her courtiers liked the golden chinchillas at first sight. Gradually, the unusual breed won the hearts of not only the inhabitants of Europe, but also of other countries.

Features of the wool of the British golden chinchilla

The luxurious coat of British chinchillas is soft and silky. The ticked golden fur coat resembles the expensive fur of a chinchilla animal with the effect of a thrown over a dark veil. With every step of the British golden cat, the stunning coat shimmers, playing with different peach-golden shades of hair with black tips. 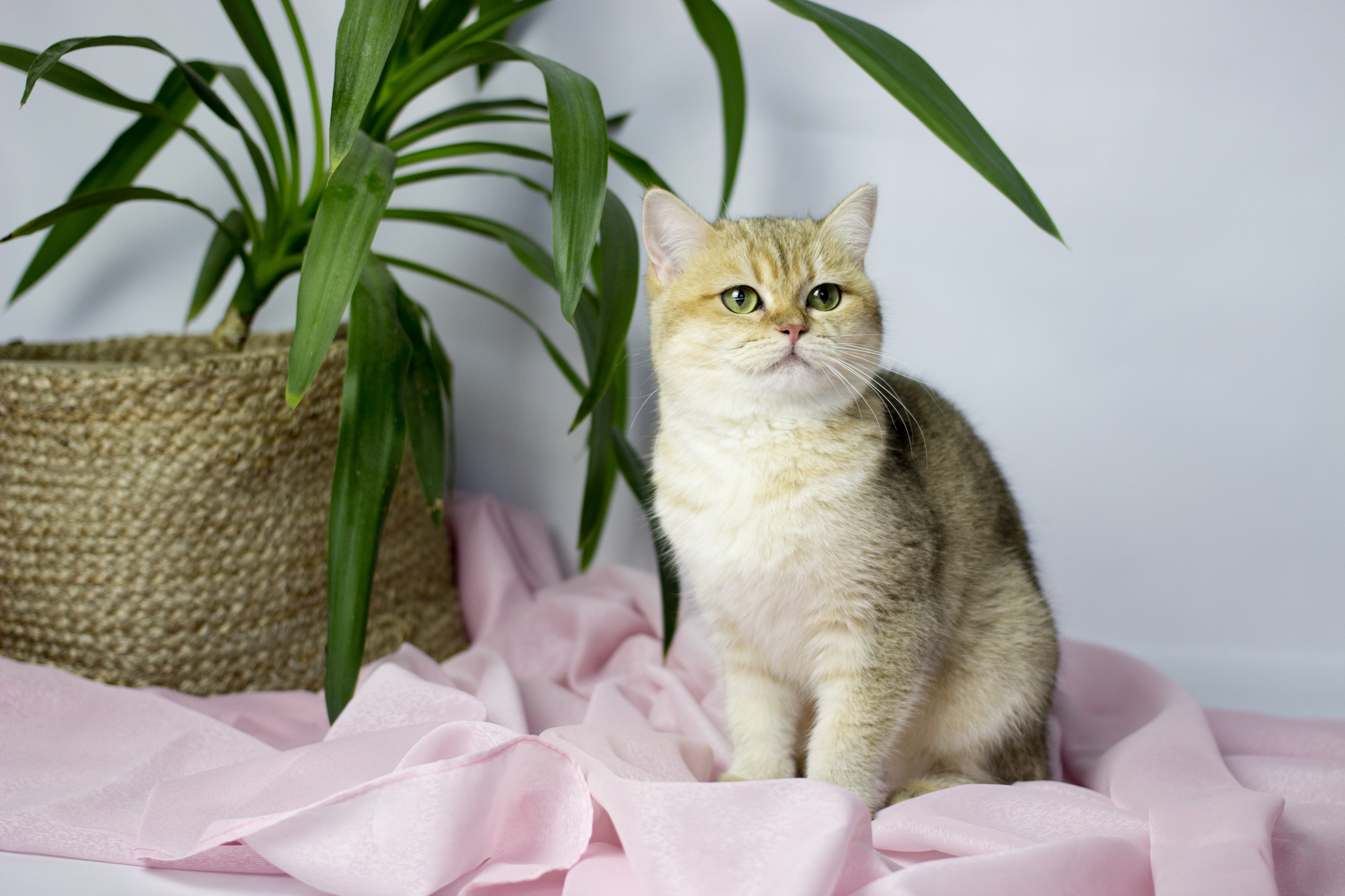 A cat with golden hair with a black haze combined with expressive emerald eyes – this magnificent British chinchilla is truly worthy of the attention of aesthetes with the most discerning taste. According to the standards of the WCF (World Cat Federation) of the phenotype of the British chinchilla, its hair can be of several types:

Shaded wool is usually two-colored – one color at the base, another at the ends. It looks like a light haze. It is sometimes called that – smoky, smoky, smoke. The tipped colors are complex, but this makes them even more interesting and attractive. All the beauty of tipping is revealed when the cat moves, then the coat plays in different shades. At rest, the tipping coat appears to be a solid color.

Veiled wool is when the hairs are colored in a gradient. The ticked color is also called striped or Abyssinian. The number of stripes depends on the length of the coat. In long-haired British cats, color transitions (stripes) occur up to 6-8 or more. Shorthaired Britons have only 3-4 color transitions.

The tabby color of the British golden chinchilla deserves special attention, since it has many types of patterns and a unique ornament. It is considered one of the most expensive due to the difficulty of breeding. In pictured British cats, the pattern should be clearly visible without unnecessary, chaotic spots and streaks. An exception is the ticked tabby, it has no pattern.

British Shorthair golden tabby kittens are very rare. Breeding offspring with a beautiful and high quality ticking coat on a gold background, and then maintaining the ideal breed traits, is not easy. Only professional breeders can guarantee compliance with the standards.

The British are very heavy. The weight of adult females varies from 4 to 7 kilograms. The mass of a sexually mature male can range from 4 to 8 or even 10 kilograms. The peculiarity of the physique of British cats requires adherence to special feeding rules.

Nutrition should be balanced. In industrial wet and dry food, the ratio of BJU (protein / fat / carbohydrate) is developed in accordance with the needs of the feline body. If the owner decides to feed the pet with industrial food, then it is worth choosing premium or super premium food.

With natural feeding, the pet owner will have to independently compose a diet and make sure that it is balanced. The diet of British Shorthair cats is based on lean meats and offal. To maintain the impressive body weight of the British and developed muscles, the meat share should be 60-70%. In addition to meat, vegetables are included in the diet to provide the body with vitamins and minerals.

Cereals are also rich in various useful substances, and in addition provide the pet with energy. Thanks to fermented milk products, a beneficial microflora is maintained in the animal’s gastrointestinal tract. It is allowed to enrich the pet’s diet with the yolk of a chicken egg.

The frequency of feeding certain foods depends on the individual characteristics of the British cat’s body. Lean meats should be included in the diet of a feline every day. Sea fish can be used 1-2 times a week. Meat is served raw or boiled. 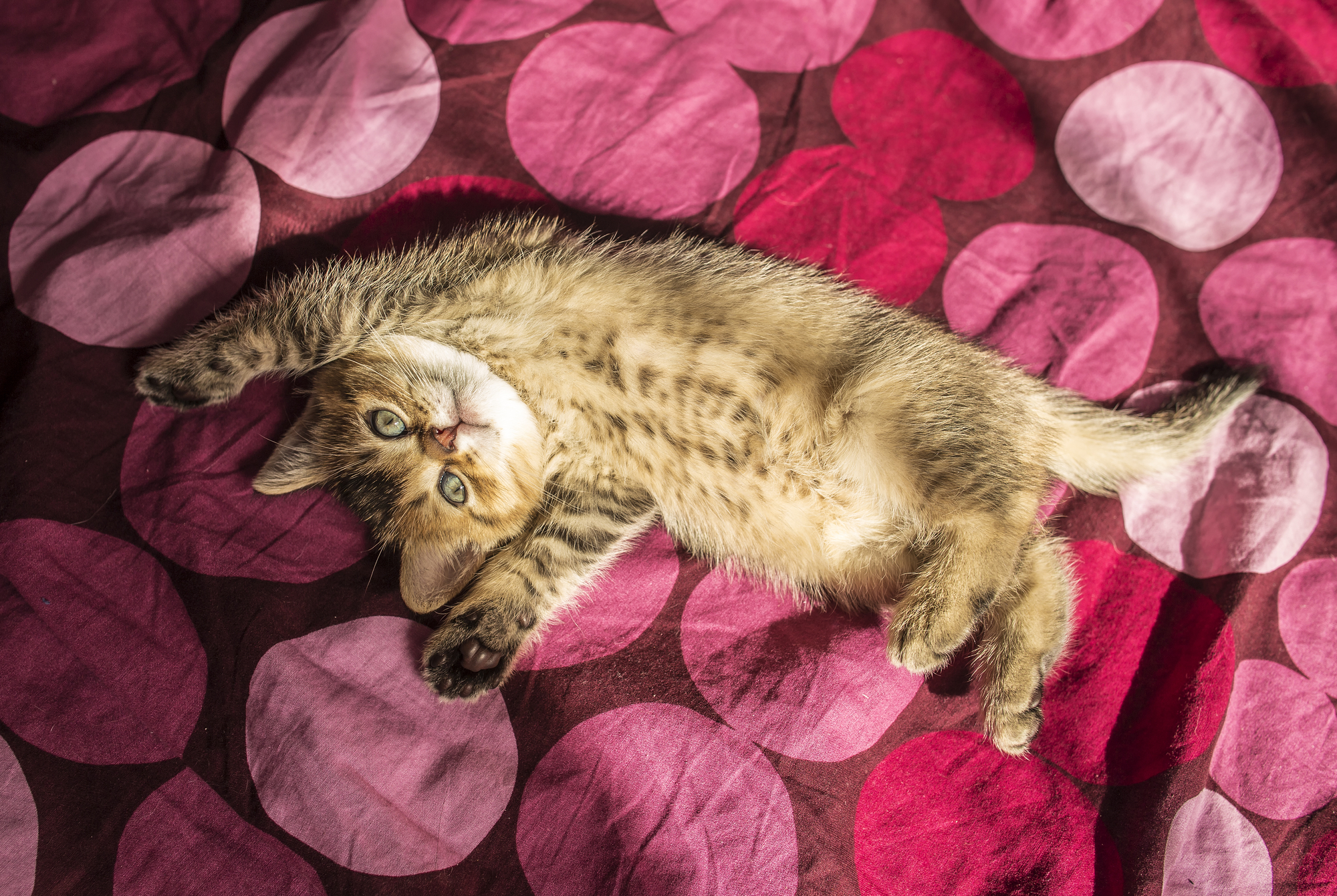 Raw meat is thoroughly frozen, poured over with boiling water several times, cut into small cubes and given to the cat. You can add cereals and vegetables to the broth. Some owners prepare meat purees for their pets with the addition of vegetables and cereals. Of cereals, cats are allowed only rice, buckwheat, oatmeal.

How to choose the right British chinchilla kitten

British Shorthair Golden Tabby Cat Vancouver from professional breeders. In the cattery everyone can choose and buy a pedigree kitten.

How easy it is to choose the right British chinchilla pet:

The main distinguishing features of the British chinchilla are golden fur with dark tips and an emerald iris. The eyeliner and nose are dark. The coat of the British Golden Shorthair striped ticked kitten looks like a gradient.

A ticked color is when each hair has several color transitions, and not expressive stripes of a pattern, like a golden tabby. The veiled chinchilla consists in a graduated transition between two or more shades of the same tone with the addition of a contrasting color at the ends of the coat. Such a coat plays and shimmers when the kitten moves.

If you like more British kittens with a patterned coat, then golden tabby is distinguished by a variety of ornaments. The tabby color has expressive stripes. On the legs and tail, the stripes are closed in a circle.

It is better to buy a British shorthair golden tabby cat for sale in a cattery with a veterinary passport for the animal. The document guarantees the health at the time of purchase and the purity of the breed.