The golden chinchilla attracts admiring glances due to its magnificent color. The bright, rich golden coat color in British cats is a rare occurrence. Therefore, British chinchillas of golden color are highly prized. The breed was created for true aesthetes.

British golden chinchillas are able to conquer at first sight due to their attractiveness and docile nature. Royal cats are pleasing to the eye and decorate the interior. They easily get along with the owner, other household members and pets. It is comfortable to live in the same territory with the British.

From early childhood, the British understand who their most important master in the house is, and accept his authority. A kitten, having got into a family with people, constantly observes those around and carefully studies the habits of each representative of its “human pack”.

He behaves accordingly with all those living in the same territory. The British chinchilla singles out those who love her more, take care of her, and respect her personal space. Pets are devoted to the owner, treats him like a friend. A chinchilla cat becomes attached to a person, but considers itself to be his equal. 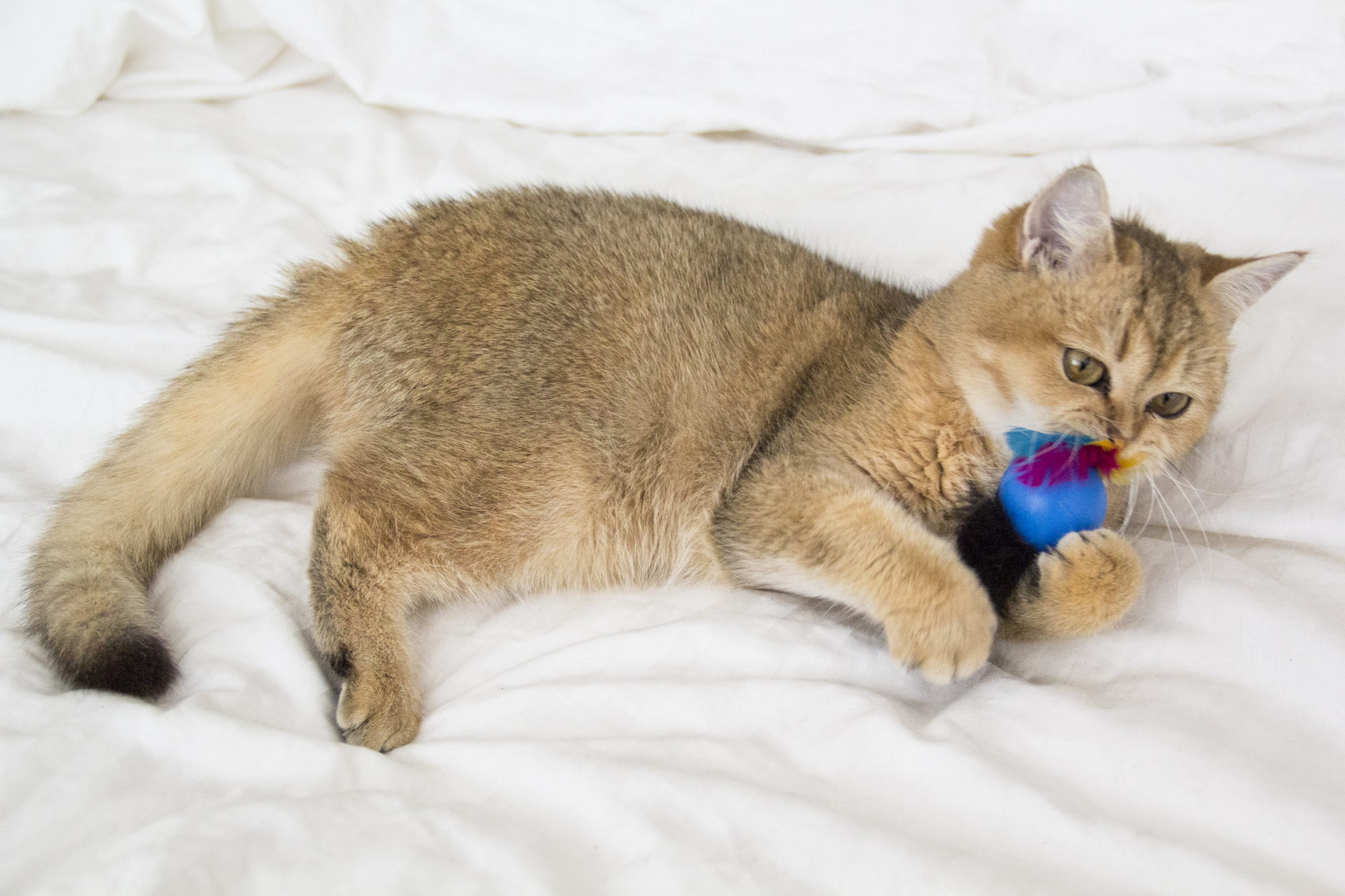 In their younger years, British cats are playful and active. The activity of kittens, adolescents and young cats must be constantly maintained. The British obey their masters, so you can walk them on a leash down the street.

British kittens lend themselves well to training, which you will teach them in childhood, they will carry those skills and habits throughout their lives. Chinchilla cats are smart, they love not only reckless running after the ball, but also perceive intellectual games with the owner and pets.

With age, the temperament of chinchilla cats becomes calmer and more balanced. They prefer to soak in one of their favorite secluded spots on soft bedspreads or blankets. But the owners should not encourage their British favorites to a sedentary lifestyle. Moderate activity of golden chinchillas must be maintained at any age.

British chinchillas are characterized by self-sufficiency and independence. They are extremely calm and level-headed. They are more inherent in the position of observers. Natural born aristocrats prefer to remain neutral when matters concern those around them. They imposingly reclining on soft sofas, and sedately watch what is happening around.

The owners will have to reckon with the English restraint of the British Murkers. The golden chinchilla will not allow itself to be treated like a plush toy. She does not show aggression, but with all her appearance she will make it clear that it was a gesture of the greatest condescension on her part to allow herself to be hugged for a short time.

The British cat will not, with increased attention from children or adults, use its defensive weapons – claws and teeth. She loves her owners, and therefore patiently makes them understand that she does not like squeezing and too intrusive lisping.

As a result of repeated attempts, the efforts of scientists have been crowned with success. The British golden chinchilla was bred. The luxurious plush coat of golden color has a smoky shade on the tips. The tips of the hairs are gray or black.

Alternating shades of gold, brown and dark, flowing smoothly and in harmony with each other, create a unique iridescent effect. The undercoat can be pastel cream or light apricot.

The body, ears and tail are more saturated in color. The golden color of the British chinchilla should be even, without spots. Variations in colors are due to the crossing of British with a classic silver shade of coat with Persian red cats. 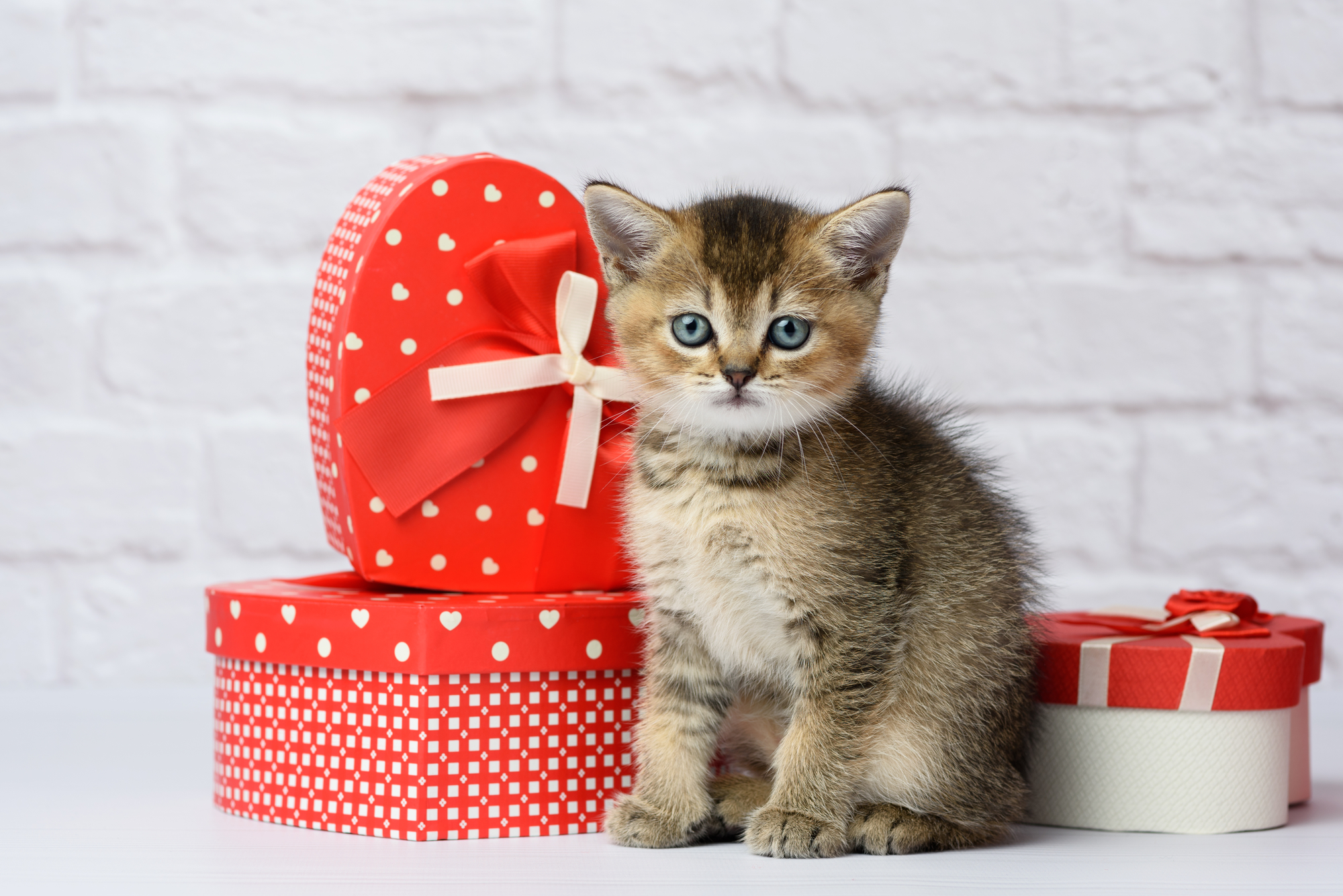 Types of shades of wool of British chinchillas:

Depending on the length of the fur, the following types of chinchillas are distinguished:

Differences between the sexes of British cats

Before buying a British golden chinchilla kitten, many future owners are concerned about the question of choice. Whom to take a female or a male? A stereotype has become entrenched in society that males tend to mark territory, and females are distinguished by a softer disposition.

But this opinion is just the stereotypical thinking of people who have not studied very deeply information about the representatives of the cat breed. The behavior of cats and cats is mainly determined by nature and, in particular, by the breed. Both male and female tend to mark territory. There is a risk of such behavior during the search for a sexual partner.

The explanation is very simple. Representatives of the feline breed mark the territory with specific smells in order to designate themselves for individuals of the opposite sex, ready to mate and conceive offspring. 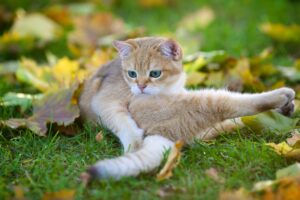 As for disposition, cats and cats can be equally gentle and affectionate towards their owners. Felines, both males and females, respond positively to the attention and care of their owners. If the owners have tried to socialize and accustom the kitten to themselves, then as a result they will receive a grateful, loving, well-bred pet.

Males and females of the British breed are equally clean. They eat neatly, relieve themselves in the tray, and groom themselves regularly. Chinchillas, whether male or female, will not go to a dirty, foul-smelling litter box. It is the owner’s responsibility to keep the toilet clean.

British cats have a calm and peaceful disposition. Affectionate chinchillas are gullible and tend to spend as much time as possible near their owner. But at the same time, they are independent and do not tolerate dismissive and disrespectful treatment. Although, even if you offend them, they will not take revenge.

They do not show aggression, do not use their teeth and claws as protection. When the British feel uncomfortable, they simply leave in English. They can behave detached for some time and retire away from people if they do not like something. But British cats are not vindictive, their resentment passes quickly, and they again surround their owner with attention.

The docile nature of the British golden chinchilla often attracts people who buy a kitten for children. There is no need to be afraid that the pet will scratch or bite them. The British treat children with patience and wisdom. Over time, they become true friends.