The golden chinchilla is a magnificent cat with a luxurious fur coat, aristocratic manners and a meek disposition. She has not only a golden coat, but also a character – “gold”. The British chinchilla is a home decoration, the pride of the owners, an excellent companion with whom it is comfortable to live in the same territory. The chinchilla cat will be the perfect choice for people who value beauty, comfort and tranquility. The British are gradual intellectuals, neat in everything, as English aristocrats should be.

The history of the origin of the chinchilla with golden fur

The chinchilla felines are the result of a cross between a silver British and a golden Persian. An unusual offspring were born with wool quality like the British, and the color like the Persians. So a new breed began to emerge – the golden chinchilla. The breeders received British kittens with a unique rich apricot-golden color.

Having once received offspring with an unusual coat color, the breeders did not stop there. They continued to work on the quality of the breed, which at that time was not yet recognized by anyone. But the external potential of randomly born golden kittens was so impressive that breeders believed in a great future for British golden cats.

And their labors were crowned with success. In the early 80s of the XIX century, the first representative of the British golden chinchilla, the kitty Shinny, was born in Great Britain. The golden color was brought to perfection, she could already adequately represent the breed. But the laurels went to her descendant Silver Lambkin, born in 1889. Officially, he became the ancestor of the golden chinchilla breed.

The Swedish princess Victoria contributed to the rise in popularity. British chinchillas fascinated her at first sight, she kept them in her palace. The courtiers shared her sympathy for the golden fluffy beauties. Very soon, the rumor about royally luxurious cats spread throughout Europe and beyond. 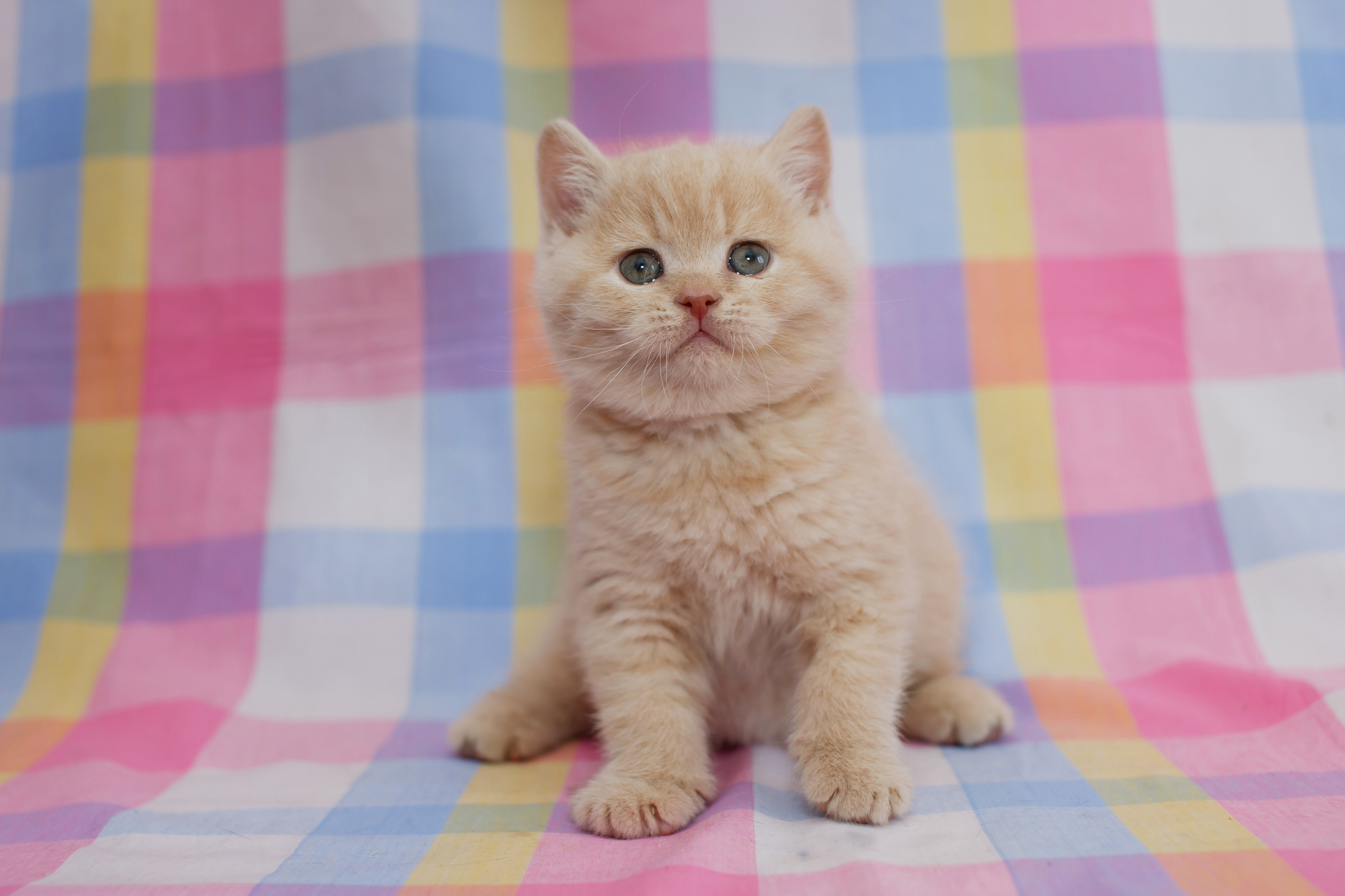 Many are accustomed to British cats that they are predominantly silvery. Golden chinchillas made a splash with their appearance. The popularity of the breed was brought not only by its magnificent appearance, but also by its aristocratic, restrained and gentle character. British golden chinchillas are undoubtedly a home decoration, but also an intelligent, loyal and sociable companion.

Description of the appearance of the golden chinchilla

A silky fur coat of a rich golden color, a light dark veil iridescent with waves, magnificent emerald eyes sometimes with a cornflower-blue hue, a gorgeous fluffy tail – this is how a golden chinchilla looks like. The golden British cats are an adorable fluffy wonder. In terms of softness and tenderness, the fur coat resembles that of a fox. The coat of the British chinchilla is thick and knitted.

Golden chinchillas are not an independent suit, but a variety of color of the British breed. They have an impressive body weight in comparison with other representatives of the feline. Weight starts from 4 kilograms, females can reach up to 7 kg, males – up to 10 kg. Chinchillas, like all Britons, are large cats with a developed muscular system.

The head is round, a characteristic feature is thick cheeks, usually of a lighter shade, like the chest. The neck is short with folds. The limbs are strong, the paws are massive. In general, the physique seems to be squat. The tail is voluminous and fluffy with a slightly curved tip.

The head of the British chinchilla is round with rounded ears. The eyes are expressive with dark rims. The iris can be of different shades of emerald color, sometimes with an admixture of blue tones. There are golden chinchillas with amber eyes, but this shade does not apply to the characteristics of the breed. The nose has a dark border depending on the color of the paw pads.

Kitten documents | How to choose and buy a British golden chinchilla

You can buy a British shorthair cat in Vancouver at the cattery. Professional breeders provide a pedigree and a veterinary passport. The documents contain all the information about the kitten of the British golden chinchilla: origin (parents, grandfathers, great-grandfathers), breed, color, date of birth, nickname.

Pedigree kittens have a registration number in the studbook of the felinological club. Information about the organization and officials who registered the animal is also indicated. The pedigree is considered valid if there is a signature of the felinologist and the seal of the club. The document may contain the name of the breeder, his place of residence and contact information.

You can buy a purebred kitten with detailed and reliable data about it only from professional breeders. Before issuing a pedigree, the felinological organization carefully checks the cattery and offspring for belonging to a particular breed, compliance with CFA standards.

If a felinologist discovers breed defects in a kitten that prevent its use in breeding work, then he makes an appropriate note in the document. The pedigree has a special stamp “not for breeding”. A pedigree kitten as a substandard pet is sold at a lower cost.

An animal “for castration”, which is not suitable for breeding and for participation in exhibitions, receives only the upper part of the metric. This document contains: breed, color, date of birth, nickname, name of the breeder and the name of the club. This is a defective document. An incomplete metric cannot be exchanged for a pedigree, for this you need both upper and lower parts. At the bottom of the metric are data on parents up to the 3rd generation. 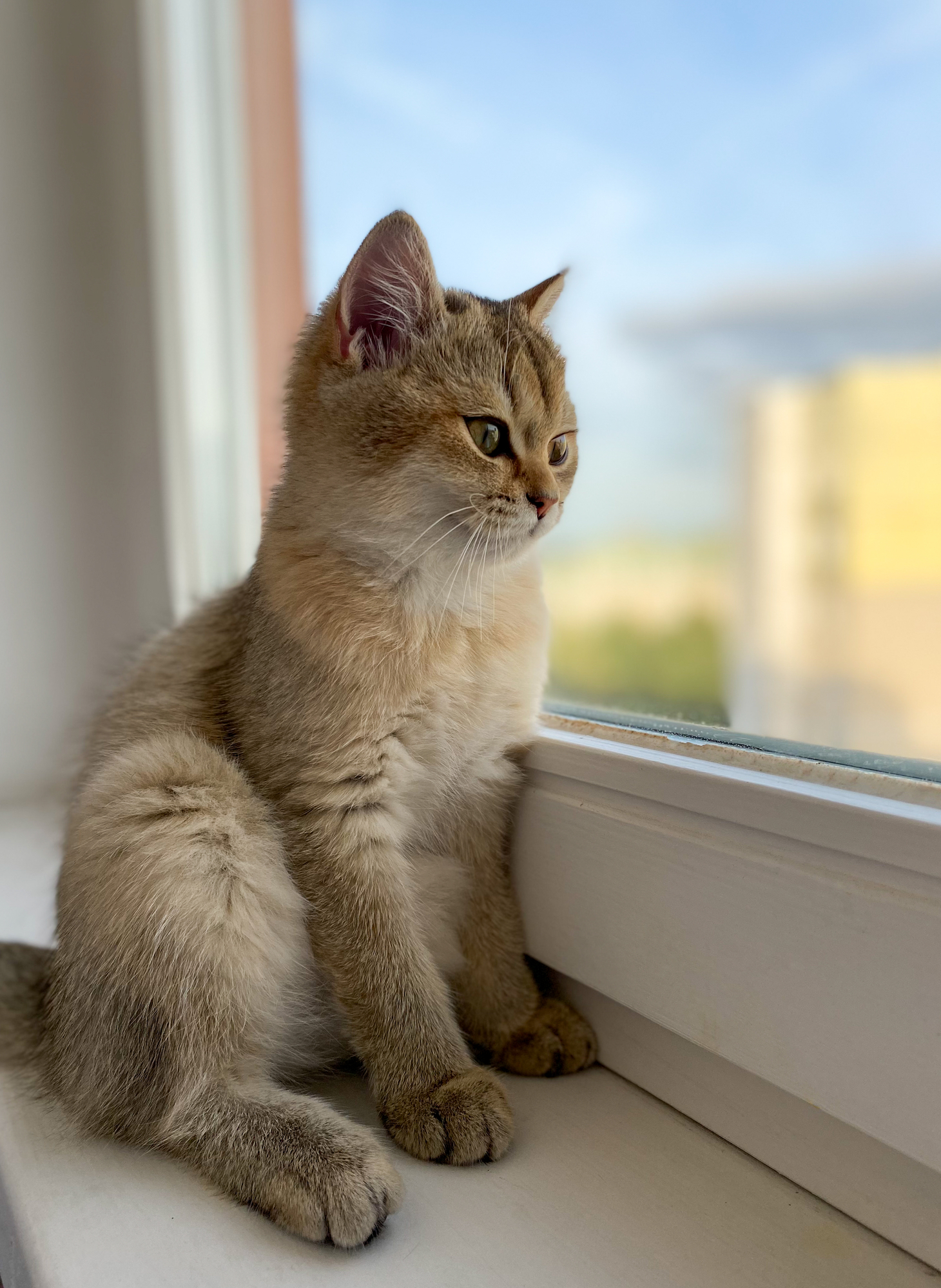 If the breeder is not a member of a felinological organization, then it will not be able to provide customers with reliable information about the kitten, just like guaranteeing that the pet meets the breed standards and is completely healthy. Visually, you can determine that the animal is currently in a normal state. But without a pedigree and a veterinary passport, it is impossible to find out whether there are congenital abnormalities or defects in the breed.

How to outwardly determine that a kitten is healthy:

Based on these signs, one can only visually determine the satisfactory condition of the kitten. If the owners do not pretend to be a purebred pet for breeding or an exhibition career, then perhaps the above criteria are sufficient.

Knowing how to choose the right pedigree kitten, and what documents should be with him, it will be possible to avoid deception on the part of unscrupulous breeders. Some people are trying to sell over the Internet for high prices instead of purebred kittens that look like purebred. To avoid mistakes, it is better to contact professional breeders right away.