How did British golden chinchillas come about?

British golden chinchillas are rare cats. Very often the color does not meet the standards. The most common deviation is the presence of silvery spots on the undercoat and too long dark ends of the coat. According to the standard, they should be only 12.5%, or 1/8, of the hair length.

British chinchillas did not appear immediately. The first golden chinchilla kitten belonged to a different breed.

There are quite a few known coat colors that these cats can have. They range between white, black, cream, gray and gold. It was the last color that was transferred to British chinchillas.

Although Persian cats are stubborn, they do not show aggressiveness or too much anxiety. 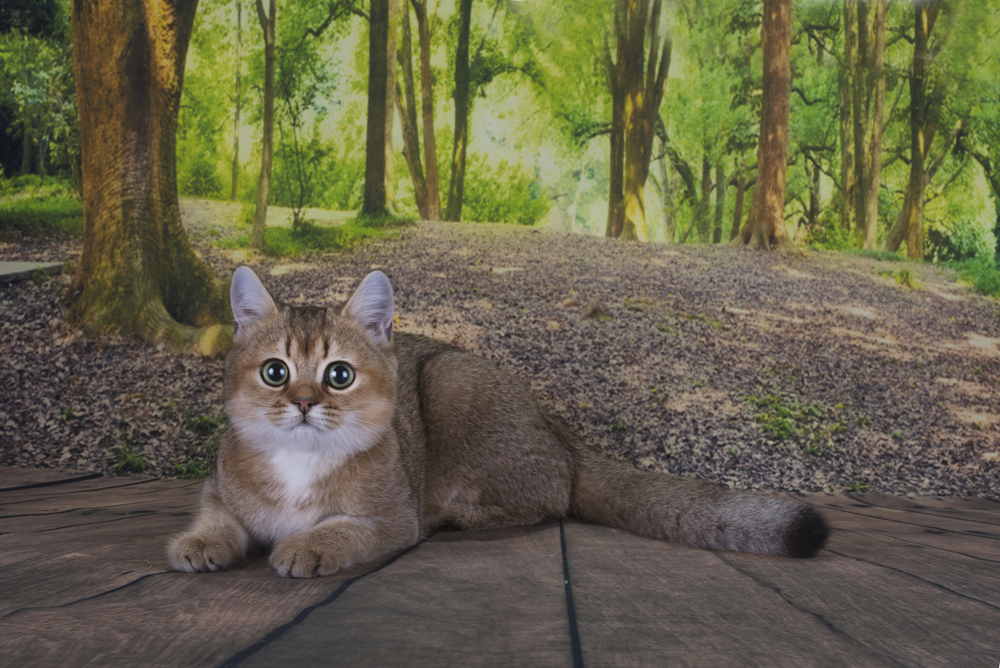 Their character is quiet and calm, they are not noisy and prefer to attract the attention of others only through their looks.

This breed is said to be quite lazy and does not show much attraction to physical activity.

This, however, is not the case for all representatives. Some cats show interest and desire before play and activities that include movement and exercise.

British cats with gray or smoky fur are also featured in the history of British golden chinchillas. Their fur up to one year old may have patterns or prints that should disappear over time, and if they have not disappeared in adulthood, then this is considered a marriage.

British cats have noble blood and are very intelligent, these characteristics are also transmitted to British chinchillas, and all owners and lovers know about their high intelligence.

Their character is also quiet and calm, they get along well with adults and with children, and in relations with other animals they are friendly.

The Smoky Briton does not show dissatisfaction with the people he sees for the first time, but if he is hurt or feels bad about himself, he can become vindictive.

The first cats of this breed became known to the world through exhibitions. Although at the time of the appearance of these cats, most of the breeds were already popular and widespread, they managed to attract public attention and gain their admiration. 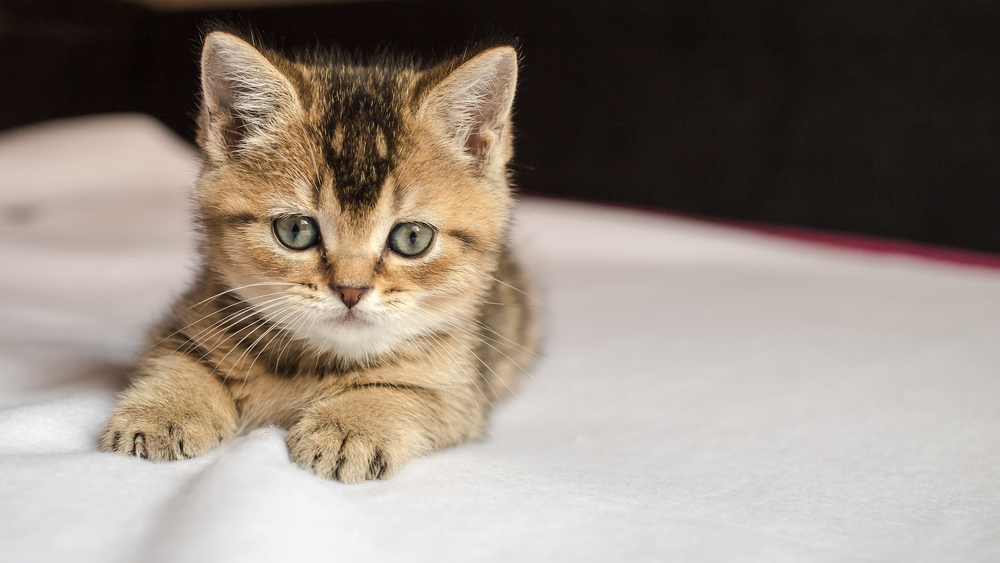 For professional mating of species, specialists had to take into account several conditions and criteria.

The first and most important thing that experts look at is the health of the cat. They must make sure the animals are not rabid or parasitic. Disease prevention is also needed. The presence or absence of hereditary pathologies is studied, and if it turns out that the cat is not healthy, it is not allowed in the breeding process.

Appearance is also an important factor in choosing the right representatives. The cat’s fur should have a uniform and neat color, it should not be covered with spots or patterns, so as not to pass them on to the offspring.

Cats with a golden color are only crossed with cats that are of the same or silver color, and vice versa. This is due to the fact that a special gene is responsible for the golden color of the coat, which can only be present in silvery and golden individuals.

The color of the eyes must also match, so representatives with green eyes are mainly chosen. It also accepts blue, yellow is extremely rare and does not belong to breed standards.

How did the golden color come about?

The most difficult thing for specialists was to obtain a golden color without spots or patterns. This is why these days silver and gold fur colors make cats extremely exclusive and popular.

Scientists have gone through many unsuccessful attempts. One of the attempts was to breed British cats with a Tabby cat, which at first glance would be a good candidate, but it was noted that cats born to these parents may have patterns or spots that jeopardized the reputation of the breed and , could deprive the cat of the title, because any deviations are rejected.

The solution was found by experts when they tried to cross a representative of the British breed of smoky color with a Persian cat.

Persian cats may have a reddish color, which could lead to a new golden hue.

The use of cats with light (cream) fur has also been tried and has been successful in some results.

What shortcomings breeders could not eliminate

There are several problems and defects that have arisen in the process of breeding the golden British chinchilla, they were either due to carelessness or due to genetics.

One of the mistakes that led to incorrect results is ignorance about previous generations.

To create descendants of noble blood, who will not have a shortage, it is not enough to know only the parents and their external characteristics.

It is important to study at least one generation prior to parenting. Close and distant relatives are also studied. This is necessary due to the presence of recessive genes that cannot be seen and are not always known about. Thus, information was obtained about the fur colors that existed in the pedigree, about the pathologies of family members that can be transmitted, about external defects.

In cats, as in humans, genes can be passed not only from parents, but also from older generations, so their knowledge is an indispensable need.

Traits that would be considered unacceptable are the presence of shades of gray when it comes to fur, the presence of patterns in the form of circles on the chinchilla’s tail, and another disadvantage is the presence of spots of other colors (often found with a white tint) on the face and back of the cat.

The selection of British gold chinchillas should be done very carefully. It is not only fur defects that can prevent an animal from being recognized as a purebred. Sometimes breeders are faced with cat eye color problems.

In the past, a shade of emerald green that matched beautifully with the golden color of the fur was a must. Other eye colors such as blue or yellow are found these days. If there is a preference for the chinchilla to meet the original standards and a desire for a green color, the crossing algorithm assumes that both parents have green eyes (the more intense the color, the better), but it is also possible to select one representative with green and another with blue eyes.