The Chinchilla group is officially considered an intra-breed breed of British Shorthair cats. Golden chinchillas are a new breed of British breed with a very beautiful color. The golden hue is unique, cats of this noble color are not easy to breed.

The golden chinchilla is not an independent breed, but a special color. For kittens with golden hair to be born, you need a specific melanin I inhibitor gene.

The golden shade of the British chinchilla was derived from the classic silver color. Silver chinchillas appeared in the middle of the 19th century, and golden chinchillas at the end of the same century. For the first time a golden chinchilla kitten was born in 1889. His ancestors were silver British and Persian cats. The kitten was given the nickname Silver Lyambkin.

First of all, professional breeders tried to find out which gene is responsible for the golden coat color. This was done in order to obtain not a one-time effect or individual cases of the birth of British kittens with golden hair, but a stable variety of chinchillas.

A British kitten can be born with a golden coat only if the parents have a gene-inhibitor of melanin I. And it is present in the British with a silver color, but not all. Until the end, the phenomenon of the presence of a gene in silver Britons has not been studied. For this reason, golden chinchillas are considered rare and very valuable.

Several genes are responsible for the pattern of the chinchilla: a melatonin inhibitor, an agouti gene, a tabby gene, an eraser eraser gene. A melatonin inhibitor is responsible for the smooth transition from light to dark. Agouti combined with a tabby pattern gives a unique chinchilla effect. Erizer gives the undercoat a warm shade. Only the combination of all of the above genes ensures the birth of offspring that meets the standards of the golden chinchilla. 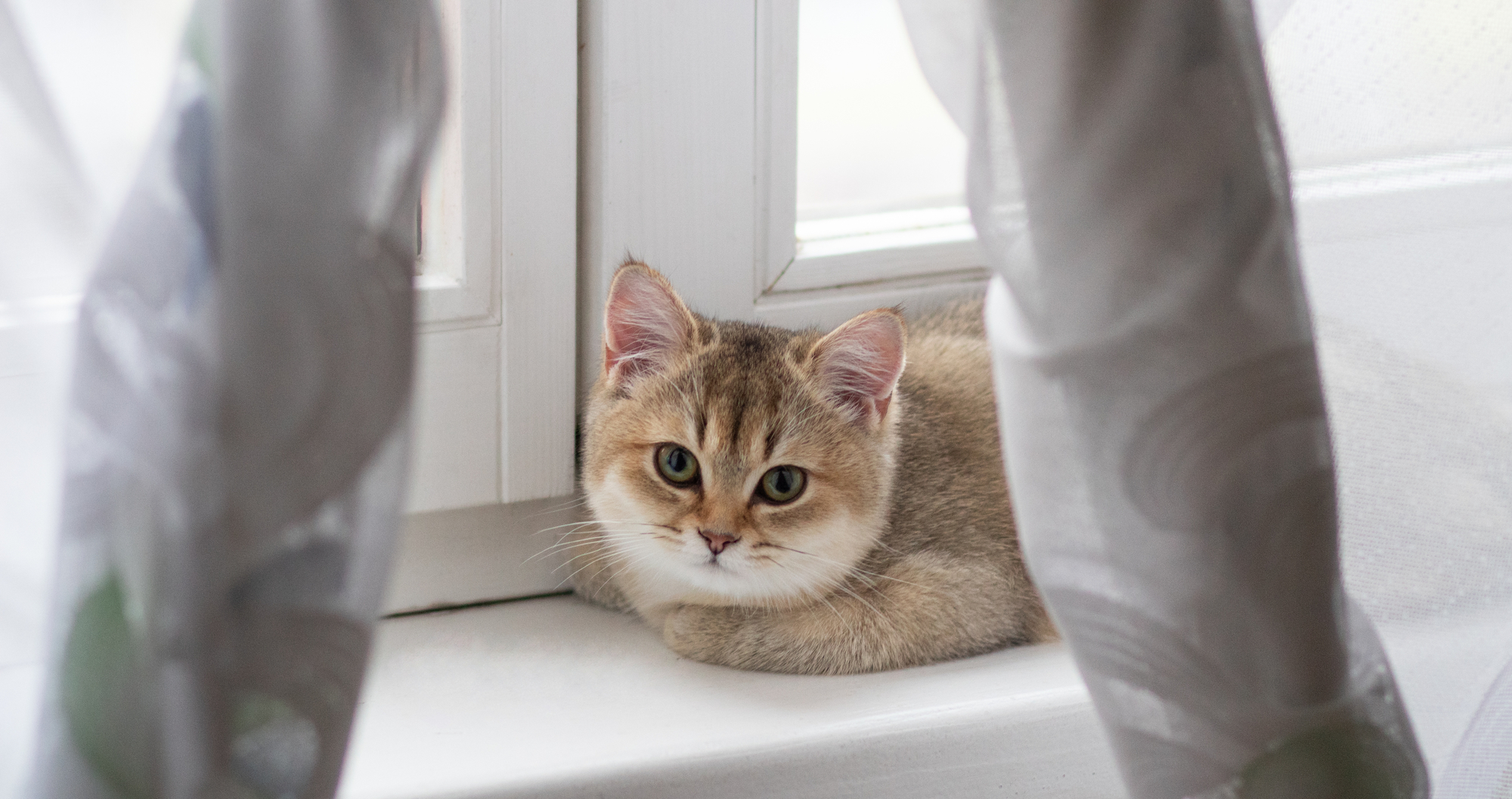 All kittens are born with tabby color (tabby) – variegated or striped. Closer to 3 months, it becomes already shaded.

The unique beauty of British golden chinchillas lies in the smooth transition of the lighter undercoat, base color and dark-tinted ends. For the black color of the tips, the coding “n” is responsible.

Darkening 1/4 of the top of the hair is called shading, and dyeing 1/8 of the top of the hair dark is called veiling. The encoding is indicated in the first case NY11 (shaded), and in the second – NY12 – tipped, shell. The effect of shading or veiling is pronounced in the British golden chinchilla on the body on the sides, on the tail, on the muzzle in the forehead area between the ears.

A beautiful golden color was first obtained from Persian cats. Therefore, they were used for crossing with silver British cats. Breeders have figured out that in order to maintain the presence of a gene in the offspring, both parents with the necessary set of genes must participate in mating.

Otherwise, the gene may disappear after several generations. Only if the melatonin inhibitor gene is present in both parents can it be guaranteed that golden British kittens will be born.

British chinchillas are compact in size compared to other breeds that have a golden hue in their standards. Golden chinchilla kittens develop gradually. In the first year of life their appearance, character, attitude to the family is formed. It is necessary to accustom to the lifestyle, diet, certain behavior, relationships with the owner in the first 3 years.

It will be difficult to retrain the existing character, habits and habits, therefore it is better to do this from a young age. A change of scenery and even more so a human family for an adult British cat is a huge stress. The British are very attached to their habitat, but most of all to the owners, they are true loyal companions.

There are two varieties of British chinchillas: short-haired and long-haired. Short hair is more characteristic of this breed.

Care for short-haired and long-haired chinchillas is different. Long-haired Britons will need to be washed and brushed more often. If careful grooming is neglected, the coat will get tangled, which will have to be cut out so as not to cause pain when combing out the pet. Fortunately, the British breed is very clean, which makes it easier for the owner to care for the animal’s coat.

By the standard, British golden chinchilla should have eyes with emerald irises. Very often this beautiful color varies in a variety of shades of green. Sometimes blue is added to the emerald hue. Less commonly, British chinchillas may have eyes with a yellowish iris.

The eye color code is indicated in the veterinary passport and has the following meanings:

Breeding British golden chinchillas is a laborious, energy consuming, expensive process. If a kitten is born with a color defect, he will never be able to participate in exhibitions, although he is still considered purebred. The most common defect in British kittens is the appearance of silvery spots on the overall golden background of the chinchilla’s coat.

In order to try as much as possible to exclude the appearance of defects in offspring, breeders need to take care of observing certain conditions when crossing:

British cats are in excellent health. And if they have a disease, then it is usually hereditary. Before you buy a British chinchilla kitten, you need to carefully study its pedigree.

You can only avoid unnecessary risks if you choose a British kitten with a golden color from professional breeders. In nurseries, each pedigree kitten has a veterinary passport, which contains all the information. The document contains color codes and eye color, the presence or absence of diseases, full compliance with breed standards, information about the parents. 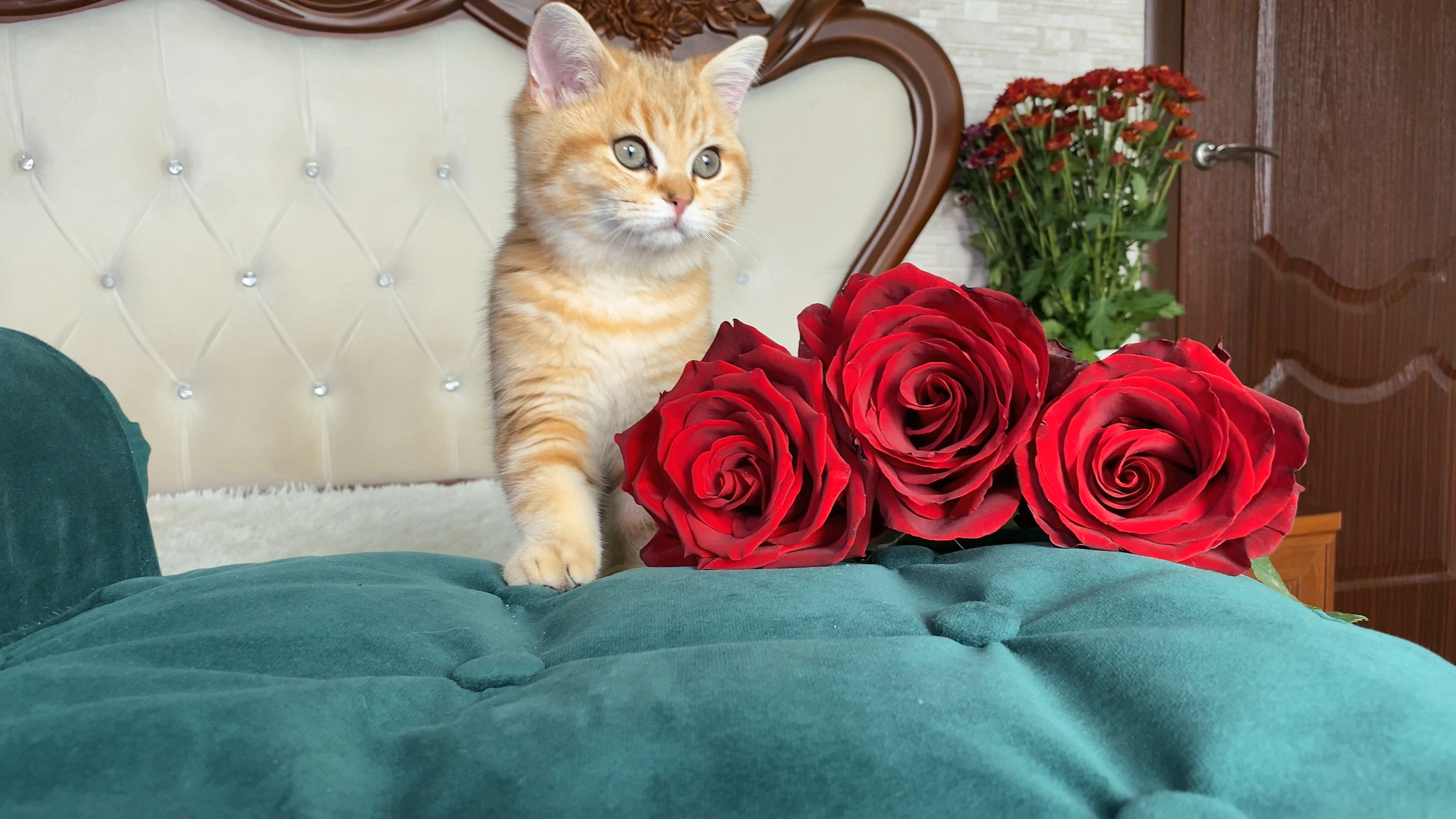 Defects of the British chinchilla include anomalies of the skeleton, eyelids, teeth, jaws, eyes and ears (blindness and deafness). Less serious defects include small cheeks, a large hollow on the nose, an elongated muzzle, a flat forehead, high set ears, and a sparse, thin or soft coat.

British chinchillas are recommended to be fed natural food, but specially designed for the cat’s menu. Not all foods are good for British cats.

Every day you need to feed your pet with one of the types of lean boiled meat: chicken, turkey, rabbit, veal. Raw meat should only be given after deep freezing for at least 24 hours. Natural meat products are crushed in a meat grinder or finely chopped, having previously been doused with boiling water.

Offal or sea fish are given only in boiled form. The natural diet must be balanced, so vegetables are included in the daily menu. Several times a week (2-3 times) it is recommended to enrich the cat’s diet with cereals (from cereals, the British can use rice and buckwheat).

Eggs are nutritional value for British chinchillas, but only the yolk. Raw protein can trigger an allergic reaction in felines. Milk is not recommended for cats, only fermented milk products: cottage cheese, sour cream, cream, fermented baked milk, kefir.

British golden chinchillas need special care for their magnificent coat. For combing a plush coat with a soft and silky undercoat, special brushes are available, which can be purchased at the pet store. It is necessary to wash a British cat once every 2 months, but you can more often if necessary. Hygienic procedures are required with special means. In addition to grooming your hair, you need to clean your eyes and ears.

British chinchillas are expensive. The price depends on the cat’s compliance with breed standards. The cost is influenced by the complexity of the selection of suitable individuals for breeding, the selection of kittens with ideal signs of conformity to the breed.

The cost of British chinchillas ranges from $ 150 to $ 600. Representatives of this breed, which can participate in exhibitions, are even more expensive. British golden chinchillas are sold with a veterinary passport stating the standards and purity of the breed.