The color of the British golden chinchilla

British golden chinchillas are cats that have a very rare color. It was obtained by crossing other breeds.

Chinchillas did not immediately appear golden. It was preceded by a silvery shade. She was bred not on British cats, but on Scottish and Persian cats. The silver color turned out only in 1880. The kitten had thick, medium-length fur. Experiments continued, but with the addition of a tabby cat with a greenish tinge of eyes.
Initially, the silver color was not clear. Experiments continued only on Persian cats. In their course, it was possible to bring out the golden color of the wool.

The kitten’s character was calm and aristocratic. These features were adopted by all golden chinchillas. 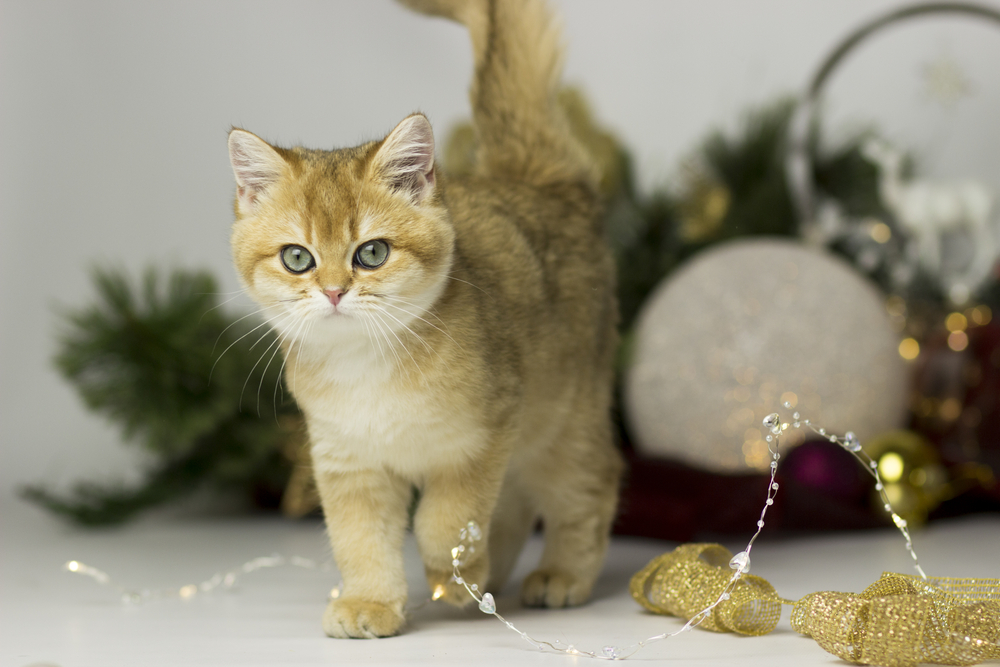 History of the color of the British golden chinchilla

The first golden chinchilla was born in Persian cats. The parents had a silvery tint.

During the research, scientists found out that the golden color is formed based on the interaction of a whole group of genes. Only those breeds whose standards include silver can have such a color.

The ancestor of the variety of this breed is Silver Lambkin. He was born in Great Britain and his parents were a golden Persian cat and a silver British cat.

Cats that have a golden chinchilla color are also called royal or royal, because these animals look very impressive and have a slightly aristocratic character.

Why does the color have a golden hue

The polygenic complex is responsible for the golden color of this breed. This means it provides a warm undercoat shade and a lightened background color:
• melanin inhibitor;
• tabby;
• eraiser.

The inhibitor softens the color on the hair roots. Tabby creates an unusual pattern that is characteristic only of the chinchilla color. Erizer is responsible for shaping the undercoat to a soft and light shade.

Chinchillas actually have two shades of coat. One is golden, and the other differs in cats depending on genetics.

Gold color can be obtained as follows:
1. If both partners have this color;
2. If the parents have a silvery coat color, but they have a gene for goldenness;
3. If one representative is golden, and the other is silver, but the genes for goldenness are present. 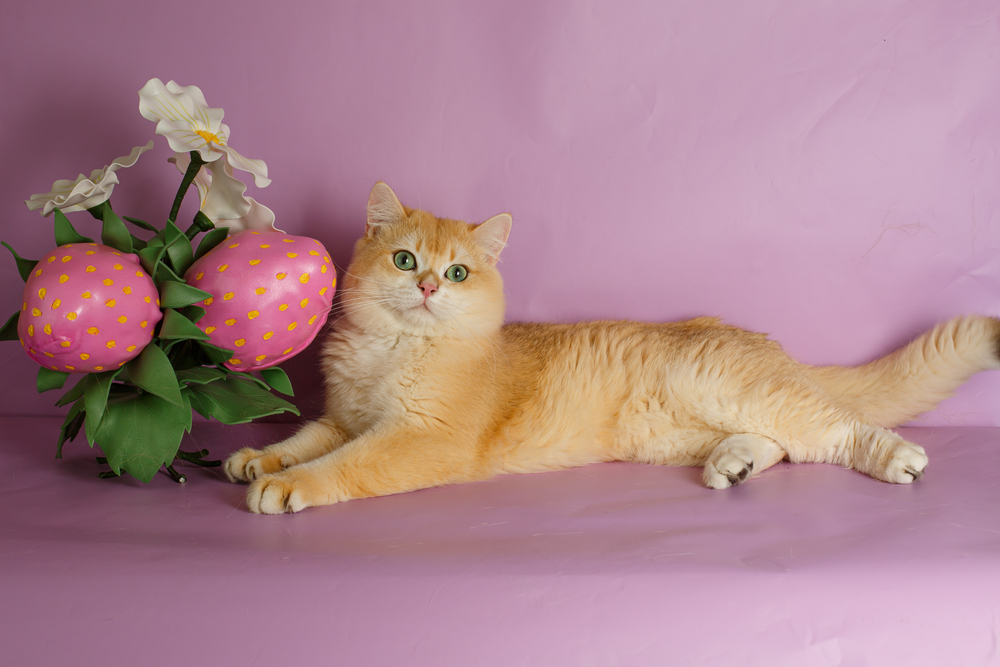 British chinchillas tend to have blue or green eyes, but yellow ones can also be found.

The lobe, on the other hand, is colored pink, and the paw pads are dark.

The color of this breed is very individual, since the coat of these cats is only partially dyed. The undercoat is different from the coat itself and the ends. It is due to the differences in colors that the cat looks golden.

The standards for golden chinchillas are quite strict. The more a kitten meets these standards, the higher its price. However, the standards allow for multiple colors and other differences.

The color of the undercoat varies from golden to delicate apricot shade.

The hair on the chin, ears, belly and chest must be of a light apricot color. The eyes, nose and lips, on the other hand, have dark edging. It is usually either black or brown.

If there is no black or brown tipping on the head, back, sides and tail, then the color of the chinchilla also does not meet the standard. Even the percentage of dark color on wool affects the price. In chinchillas, dark tips are only 12.5%, or 1/8. The most common cats with shaded hair, in which the tips of the hair are 1/3, or 33%.

There is also a ticked color. It is rather unusual as there are two or more dark stripes on each hair. There may be tabby marks, dark streaks on the body, legs and head. It is the black ends of the hairs that are the main feature of the color.

If the cat does not have a gray tinge on the undercoat, then this gives it value and quality. You can be sure that the British Golden Chinchilla is purebred and not mixed with cats of other breeds. A strict standard is present in cats such as silver or blue chinchillas. The standard is determined by the color of the eyes. These cats may have blue or green eyes. Also, there is a strict absence of dark areas on the paws on the body and between the pads of the toes. There is no strict standard for British golden chinchillas.

Is the British golden chinchilla always golden in color?

Most of the cats with chinchilla color are mestizo and are characterized by both small and serious deviations from the standards. It is very difficult to get a classic color. The undercoat should smoothly turn into a golden color,

No matter what breed the chinchilla is, it must necessarily have a smooth transition from one color to another. There should be no dull areas. The undercoat should be beige, apricot or tan.

If there are dull areas on the fur, then this may indicate that the color of the cat is not a standard chinchilla. If kittens with color defects appear in the litter, do not be upset. All the required documents should be completed, but be sure to indicate all deviations from the standards.

In chinchillas, like in other cats, all the features for each individual are indicated in the passport.

The breed is indicated first:
• BRI – British;
• PER – Persian;
• S – Scottish.
The Scots have several types: lop-eared (F) and with erect ears (C), short-haired (L) and long-haired (S). After the designation of the breed, the code of the ears follows, and then the code of the wool.

These codes are indicated in a row without spaces.