The nature and characteristics of British golden chinchillas

For such a pet you need patience, love, affection and cunning. If you do not give him the necessary care, the cat will begin to perceive the owner as an enemy from which he will constantly hide.

Many people would not say that this is a sentimental cat, but it is only in appearance. Inside, he is imbued with deep devotion and love for his household and, first of all, for the owner. The most important character trait of this breed is that they are very intelligent and well trained.

Cats of the British breed are called real intellectuals: they perfectly understand the owner and are easy to train. Despite the freedom-loving nature and independence that they show with all their appearance, these cats are ready to adhere to the rules established in the house.

A hungry cat will patiently sit on the sidelines and wait for being invited to a bowl. She will not beg for food. Chinchillas are calm and unhurried, prefer quiet rest, are very observant. But at the same time, they love small children and happily play with them. Cats are not ready to share master’s attention, affection and love with other pets.

Among the pluses of these pets are intelligence, independence and loyal love for their owners.

British golden chinchillas are very calm by nature. We can say that these cats have inherited all the traits of an aristocratic character from the British. These cats are graceful, graceful, intelligent and well trained.

The main thing for them is to do everything according to the schedule. They love to swim, eat and play on time. If the British golden chinchilla is stubborn about any procedure, then it is pointless to force it.

These cats are quite affectionate and love to spend a lot of time with their owner. They prefer to play with the owner, but if suddenly the owner cannot pay attention to his pet when she approaches him, then the cat may be offended.

These animals get along well with other animals, except for cats of other breeds. They are neutral towards children. They do not like to be squeezed and taken on handles only if the pet comes up on its own.

It is not for nothing that these cats are also called royal. They do have royal habits, even when walking. British golden chinchillas are rather finicky in food, so the diet must be selected based on the tastes of a particular cat.

In relation to strangers, British golden chinchillas usually show interest, they can come up and smell, but they will never hiss and rush at a stranger. Most often they are neutral towards him and when they want, they come up to play.

These cats are bred specifically for the home and get along very well with their owners. Kittens of this breed are playful, like cats in adulthood, but when the cat is small, she wants to play more.

They can be quickly trained to the tray and to the habitat, as there is another characteristic feature of cats of this breed – fast learning.

British royal chinchillas do not like to swim, so to avoid this procedure stressing your cat, you should find the right approach.

The British chinchilla is a self-sufficient cat. She considers her true purpose in the house to be near a person. She prefers to interfere with others, but knows how to support in difficult times.

The character traits of these cats are that they are calm, balanced, silent. Chinchilla rarely expresses strong emotions, however, the most common are satisfaction and irritation. They meow little, especially if they understand that this is interfering with the owner.

But they can make very strange sounds, especially when stroking them and when it gives them great pleasure. Kittens can show their affectionate and kind disposition in communication with their owner. This is how they differ from other cats. For example, a cat may purr or meow to its owner in a kind and gentle tone. Sometimes cats use different intonations, the pet may be outraged because of your incompetent attitude towards him or because of a lack of attention. 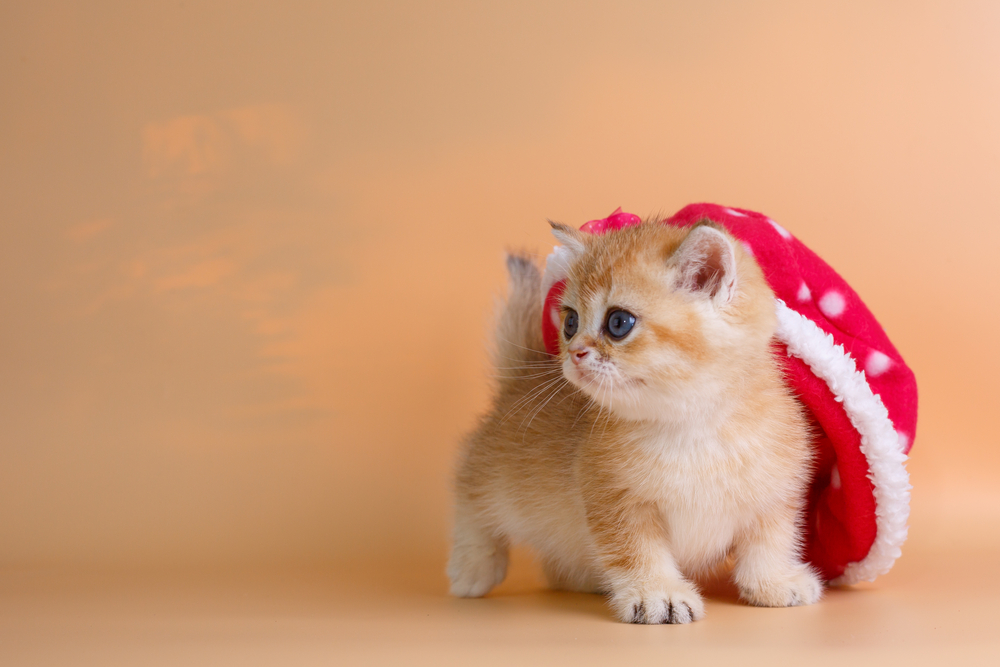 Although the British tolerate loneliness well enough, seeing that the owner of the house does not pay his attention to him, they may begin to resent such injustice. If the owner is rarely at home, you should devote a lot of time to the pet upon arrival. At the same time, during the absence, you cannot lock the cat in the same room.

Another feature in their character is that they like to be alone at home and do not cry when the owner leaves for work. Left alone at home, British golden chinchillas do not throw things around, do not play pranks, but sleep or go about their daily activities. They can play with their toys, sharpen their claws on a scratching post, drink water, and so on. They never harm furniture, wallpaper and other things in the house.

Free and independent Britons are popular despite the high cost. British chinchilla cats are unassuming, not aggressive and at the same time look like plush animals. Many regard them as an expensive living toy, but animals have their own character and put in the place of someone who does not respect their rules.

Chinchilla cats tend to be overweight and easily overfeed. British chinchillas can hardly be called graceful and graceful.

The kitten of the golden British chinchilla also has a calm character, which is observed already at an early age. This is manifested when the owner carries out hygiene manipulations for the baby.

He will not pull out, scratch and kick, but will calmly let him finish all the necessary things. In this case, you still need to be careful.

At a young age, kittens should be taught to hygienic procedures, to communicate with people and other animals.

Hygiene should be taught gradually. First, you need to show that cotton swabs, pads and hygiene products are not dangerous. After that, you can proceed to the procedure itself.

British chinchillas love water, so they are not afraid of swimming. But you need to gently wash your cat so that the water is not too hot or cold and does not get into the ears and eyes.